A new report into child sexual exploitation (CSE) in Rotherham, South Yorkshire shows that more than two thirds of offenders and suspects in the last two years were white.

This research by Rotherham Safeguarding Children’s Board comes almost a year after an inquiry commissioned by the council headed up by a professor, Alexis Jay, reported.

In her report Jay found evidence that at least 1,400 children suffered CSE and that “the majority of the perpetrators were described as ‘Asian’ by victims”.

Yet this gives the misleading impression that hundreds of victims identified their abuser as Asian in Jay’s report.

Jay’s figure was an estimate based on a list of 988 children “known to children’s social care or the police”. The Jay report looked at 66 case files in total.

So it said in “a large number” not “a majority” of the 66 cases, most perpetrators were from ethnic minorities.

The latest report states that 68 percent of suspects were white and 24 percent Asian.

A week earlier the charity Barnardos was given £3 million of mainly public money to support victims of child sexual abuse and look into measures to protect vulnerable young people. 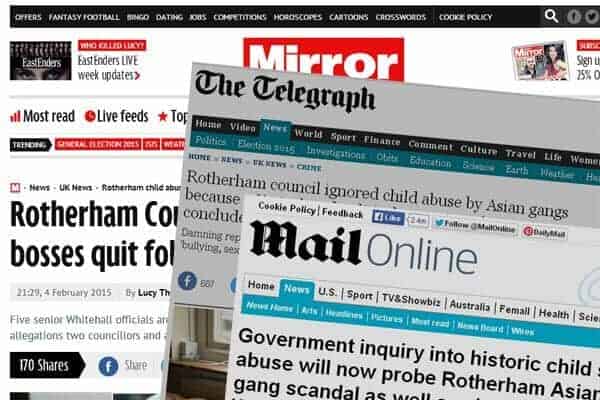