MPs are keeping it in the family

This article is over 13 years, 2 months old
More than 200 MPs employ their relatives and have been able to claim extra expenses as a result.
Downloading PDF. Please wait...
Tuesday 26 May 2009

More than 200 MPs employ their relatives and have been able to claim extra expenses as a result.

Some have been able to claim money for a main home, in addition to their second home, because their spouse works there on parliamentary business.

Derek Conway MP lost the Conservative whip after he employed his son at Westminster despite there being no evidence that he did any work.

Conway spent thousands of pounds of our money on two family homes.

He was allowed to claim money on a family house in Northumberland after telling Commons officials he did parliamentary work there, even though it is 330 miles away from his south east London consituency of Old Bexley and Sidcup.

Meanwhile Labour MP Michael Clapham claimed £210 on his office allowance for a pair of glasses for his wife, Yvonne.

Mrs Clapham works for him as his assistant.

The total cost of MPs employing their relatives is around £5.8 million a year.

And we have picked up the bill for it. 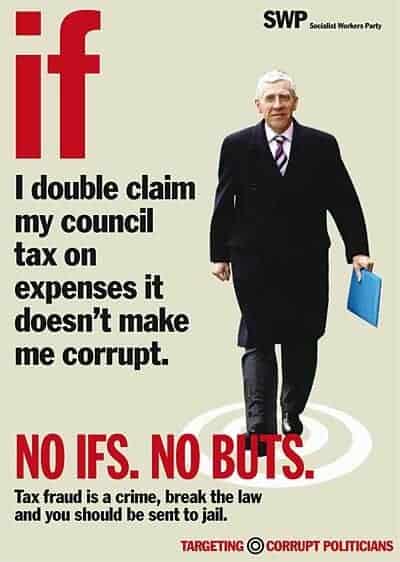