MPs call for a mass campaign

MPs call for a mass campaign

OVER 300 people packed into a meeting in the House of Commons last Wednesday. It wasn’t a parliamentary debate, but tenants, trade unionists and MPs coming together to build the campaign to stop the government’s plans for the mass privatisation of council housing.

Delegations from across Britain had travelled to lobby MPs earlier in the day. A coachload of tenants and trade unionists travelled from Doncaster. Liverpool sent a big delegation, as did Southwark in south London. The UCATT building workers’ union, whose members carry out repairs to council homes, organised a big delegation from the West Midlands.

The rally afterwards was so packed that an overflow meeting had to be held, with MPs rushing to speak at both the meetings. Over 40 MPs have now signed a parliamentary motion calling for an end to the privatisations.

The lobby was initiated by tenants and trade unionists in Southwark, where the Labour council plans to privatise tens of thousands of council homes later this year. It was backed by a string of other campaigns, plus MPs, trade unions and the national Defend Council Housing campaign. The government’s housing green paper issued earlier this year calls for the privatisation of 200,000 council homes a year.

It aims at the eventual transfer to private landlords of all remaining 3.2 million council homes in Britain. Hackney Labour MP Diane Abbott was among those who addressed the meeting. She argued that the privatisations would “benefit the lawyers and the bankers, not tenants”.

Birmingham’s Labour council is planning to transfer its entire council housing stock to a private company. Lynne Jones, a Birmingham Labour MP, argued at the meeting that public investment in council housing was the best way to provide decent homes. She argued that the privatisations are “economic nonsense” and that “we have to say to Gordon Brown that it’s not prudent”.

Tony Benn insisted, “The policy of getting rid of council houses is a total and complete reversal of everything the Labour Party has ever stood for from the day it was founded.” Chris Murphy of UCATT gave his union’s official backing to the campaign. He argued, “The logic of what is happening now is that local authorities will have no services. “It will be privatisation. Partnership, PFI-whatever you call it, it is privatisation. It will mean your vote in local elections will mean absolutely nothing. Labour MPs want to realise where they come from, who put them in power.”

Jeremy Corbyn, who had played a key role in pulling together the MPs, pointed out that in his London constituency council housing was the only option for most working class people.

Murray Rowlands, the leader of the Labour group on the Tory Surrey Heath council, warned of higher rents, a poorer service and less security for tenants. He cited the case of a 73 year old pensioner who got an eviction notice from the new housing association while he was in hospital for an operation.

‘A rolling wave of activity’

“THE GOVERNMENT’S policy is a continuation of the Tory policy of privatisation. It is outrageous. People should be telling their Labour MPs they’ll be in trouble if this goes ahead.”

So said John Cryer, Labour MP for Hornchurch, as he urged people at the meeting to fight the privatisation plans. He said, “It says on the back page of the Defend Council Housing newspaper that ‘Campaigns Can Win’. That’s right. It’s not about protest, but about campaigning to win.”

John McDonnell, Labour MP for Hillingdon, called for “a rolling wave of activity. Go out and convince others that this threat is real.” A string of major councils across Britain are moving towards privatising their council homes.

In Glasgow, Manchester, Birmingham, Sheffield, Southwark and many more, plans are under discussion or ballots already planned. None of the planned privatisations can go through without tenants giving their approval in a ballot.

Everywhere tenants and trade unionists need to move quickly to build on the potential shown by last week’s lobby of parliament and meeting. The chance now exists to build a broad based united campaign which can derail New Labour’s privatisation plans. 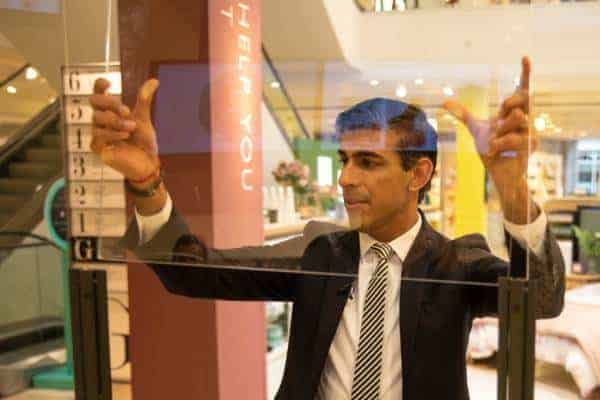