THE CLEANING service at the filthy hospital condemned by the government’s health watchdog this week is run by multinational firm Sodexho.

The Commission for Health Improvement has produced a devastating report about the dirty conditions at the Epsom and St Helier NHS Trust in Surrey. The report damned poor hygiene levels, filthy wards and “a strong smell of urine”.

This year Sodexho is set to increase its profits to half a billion pounds, and has contracts in hospitals, colleges and prisons around Britain. The report flies in the face of Blair’s claims to be investing in and improving the NHS.

The trust is in one of the most prosperous, and most healthy, areas of Britain. Yet, like hospitals everywhere in Britain, it is suffering from years of underfunding, severe staff shortages, and the madness of privatisation and contracting-out services.

The report condemned “staff shortages and high workloads” at the trust. Those needing urgent treatment face “waits on trolleys for up to 18 to 20 hours”, while other patients are “discharged prematurely due to the lack of nursing staff and beds”.

These conditions are a result of New Labour’s refusal to tax the wealthy and its obsession with privatisation. New Labour is starving our hospitals of public money, while it entices private firms to make money through the Private Finance Initiatives and contracting-out.

That’s why everyone should join the protests against New Labour in Brighton on 30 September.

…and it robs refugees too

SODEXHO MAKES money from the inhumane treatment of refugees, as well as from our public services.

Asylum seekers are forced onto vouchers worth a pitiful 36.54 a week. This is just 70 percent of the miserable level of Income Support benefit that the poorest are supposed to survive on.

Refugees are forced to use the vouchers at designated supermarkets, which then pocket the change.

Refugees are not allowed to buy so called luxury items, like children’s toys. It is a disgrace that the government handed this racist and degrading scheme over to a multinational firm like Sodexho so that it can make profits.

Our services are not for sale Protest at New Labour’s conference, 30 September see page 5

Strike at Penske called off after new offer 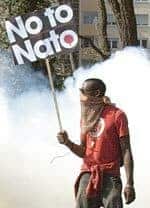 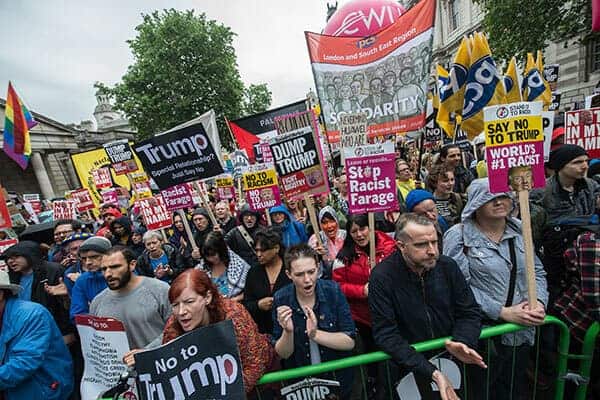