This article is over 17 years, 2 months old
DELEGATES TO the conference of the second biggest teachers’ union voted last week for a national industrial action ballot unless the government withdraws its plans to raise the pension age.
Downloading PDF. Please wait...
Saturday 09 April 2005

DELEGATES TO the conference of the second biggest teachers’ union voted last week for a national industrial action ballot unless the government withdraws its plans to raise the pension age.

The NASUWT had not been part of the planned strike action that forced the government to back off from the attack for now. But delegates to the conference in Brighton voted overwhelmingly — and against their executive — for issuing the threat of a ballot in the autumn or spring terms.

John Slater from South Derbyshire argued that passing a policy condemning the proposals, but without a pledge to act, would take the heat off New Labour.

“We have to show we are prepared to fight,” he said, “even if we hope the issue can be resolved in negotiations.”

The debate saw tensions between the leadership’s policy of social partnership with the government and the anger of members, who are on the receiving end of government policy. Those tensions were muted in the debate on the government’s “remodelling” plan for changing the way schools are staffed.

The NASUWT has hailed the agreement as its finest achievement.

But the largest teachers’ union, the NUT, has refused to sign up to it as it opens the door to replacing teachers with low paid classroom assistants.

The head teachers’ NAHT union has also pulled out of the agreement. The NASUWT executive called on delegates to “celebrate the agreement” in their debate on it last week. But delegates voiced concern over whether the deal would deliver what union leaders promised.

For the first time ever a general secretary of the National Union of Teachers addressed an official fringe meeting at the conference of the rival NASUWT union last week.

NUT general secretary Steve Sinnott spoke at a meeting on the Global Campaign for Education to promote the Make Poverty History campaign and demonstration in Edinburgh on 2 July.

“The aim of this campaign is not charity, but solidarity — something that is the lifeblood of the trade union movement,” he told the 40-strong meeting.

That message was underlined by Susan Kambalu, a delegate from South Derbyshire, when she said, “Of course the images of suffering on the African continent tell part of the reality.

“But the other side is people struggling to take control of their lives and organising around the same concerns as us.”

Delegates talked about sending people to the Edinburgh protest and called on the NASUWT to prioritise the campaign.

Sinnott ended the meeting saying, “We have to put pressure on our leaders to change the priority from armaments to education.” 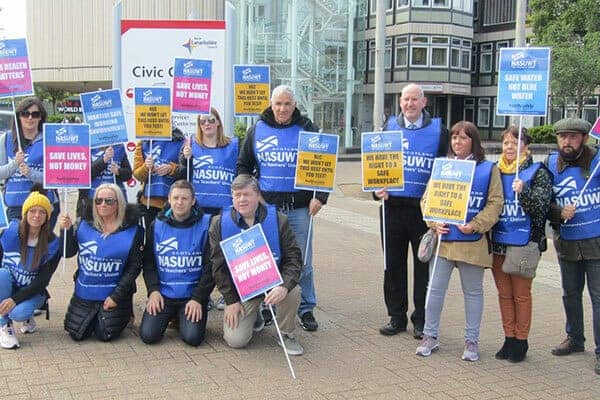 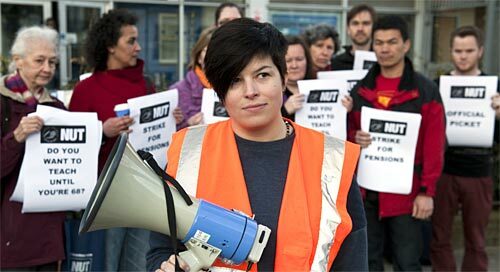