This article is over 10 years, 3 months old
The National Union of Students (NUS) executive has decided to back demands from student activist groups for a national demonstration in defence of education.
By Mark Bergfeld, NUS national executive committee (pc)
Downloading PDF. Please wait...
Tuesday 27 September 2011

The National Union of Students (NUS) executive has decided to back demands from student activist groups for a national demonstration in defence of education.

The protest will take place on 9 November. The Education Activist Network (EAN), National Campaign Against Fees and Cuts, student unions and others made the initial call.

The NUS had previously refused to call a national demonstration. It has now also pledged full support for the public sector strikes on 30 November.

A vote at NUS national conference on the national demo was narrowly defeated earlier this year.

But the sheer scale of the attacks set out in the government’s higher education white paper has forced the NUS to fight.

The Tories seek to dismantle and privatise universities.

These attacks will be met with the same anger that followed the rise in tuition fees.

Last year’s NUS-called protest on 10 November mobilised more than 50,000 students and lecturers. It culminated in an occupation of Millbank Tower.

Without the support of their national union, activists would have found it much harder to mobilise tens of thousands. They would also have had less confidence to argue for mass direct action on the day.

EAN was at the centre of that direct action.

On 30 November, EAN is organising Operation: Shutdown Education—calling upon college and university students to walk out and join picket lines and protests.

Our national teach-in on 29 October will be an important step in building this movement. 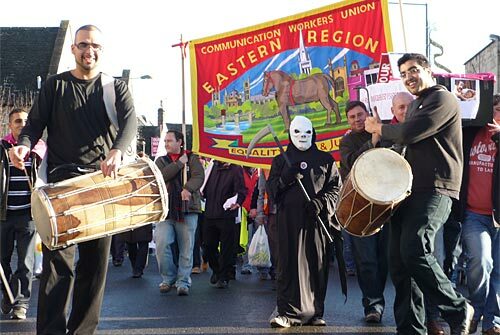