This article is over 13 years, 6 months old
The fascist British National Party (BNP) plans to ratchet up its hate campaign against Muslims by calling a "national rally" in Stoke-on-Trent on Saturday 9 August.
By Anindya Bhattacharyya
Downloading PDF. Please wait...
Tuesday 08 July 2008

The fascist British National Party (BNP) plans to ratchet up its hate campaign against Muslims by calling a “national rally” in Stoke-on-Trent on Saturday 9 August.

Nazi leader Nick Griffin visited the city last Sunday to announce the rally. “We are expecting large numbers of people from around the country to converge on the city,” he said. “We shall be touring the estates and visiting much of Stoke-on-Trent.”

Anti-Nazi campaigners have vowed to confront the BNP’s latest plans to target Muslims. “We’ve been warning that the BNP are planning to make a shift like this towards whipping up race hatred on the ground,” said Weyman Bennett from Unite Against Fascism (UAF).

“This is how the BNP plans to lay the groundwork for next year’s mayoral elections in Stoke. They thrive in an atmosphere of racism and bigotry – and now they plan to create that climate in the city. Everyone opposed to the BNP must stand together against this poison.”

Griffin’s visit was to mark a year since BNP activist Keith Brown was killed in a scuffle with his Muslim neighbour, Habib Khan. Brown had subjected the Khan family to a four-year campaign of racist thuggery and was attacking Khan’s son when he was killed.

A jury recently cleared Habib Khan of murder, but found him guilty of manslaughter. He is currently awaiting sentencing.

Journalist Peter Oborne, who investigated the BNP’s turn to Islamophobia for a Channel 4 documentary, says the organisation now plans to use Brown’s death to whip up a hate campaign against Muslims.

“The BNP told us on our recent visit that they are about to launch a new nationwide anti-Muslim campaign from Stoke,” he wrote. “The launch pad for this new era of hostility will be the sentencing of Habib Khan… Brown is to be promoted as the first ‘BNP martyr’.”

The Nazis have been targeting Stoke for several years now and have nine seats on the council. Griffin now describes the city as the “jewel in the crown of the BNP”.

Anti-fascists are concerned that the BNP could take the post of Stoke’s elected mayor next year, giving the Nazis access to a multimillion pound public budget.

Meanwhile the Nazis failed to win any of the three by-elections in outer London that it contested on Thursday of last week.

UAF volunteers were active in the anti-BNP campaign in each ward, helping to leaflet every home targeted by the Nazis. 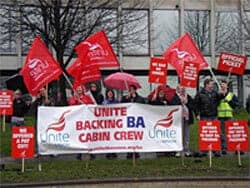