This article is over 12 years, 11 months old
What is the role of Nazi activists in the north east of England in the long running campaign to see health worker Yunus Bakhsh sacked from his job and expelled from the Unison union?
Downloading PDF. Please wait...
Tuesday 27 January 2009

What is the role of Nazi activists in the north east of England in the long running campaign to see health worker Yunus Bakhsh sacked from his job and expelled from the Unison union?

It is a question that many union and anti-racist activists are asking as it becomes clear that Yunus has been targeted by the racist Stormfront website which regards him as its “main antagonist on Tyneside”.

Yunus was sacked after anonymous letters accused him of a campaign of bullying and harassment. These allegations also became the basis for his suspension from his Unison positions and an investigation that saw him expelled from Unison.

A series of postings on the Stormfront website reveal a long-term plan to see Yunus removed from his job.

A posting in October 2005 notes Yunus’s role in the sacking of a British National Party (BNP) election candidate from his job at a hardware shop, saying, “Do you know Yunus? Can you even the scales by shovelling some real and substantiated dirt of this nasty piece of work from immigrant stock?”

Following Stormfront’s request for information, the website went on to publish a detailed description of the investigations into Yunus conducted by his employer and his union. It used language so specific that many think it could only have come from someone very close to the union.

It is also clear that the Nazi organisation was benefiting from information about planned anti-fascist activities being supported by Unison in the north east, and was using this knowledge to target activists.

Now a new series of Stormfront posts are celebrating Yunus’s sacking and explusion as a victory for their campaign.

It is followed by another comment that reads, “Well, it seems old yurinates baks [sic] is a little worried about our dickie bird… Well, what he doesn’t know is that our little bird has laid some eggs and they have now hatched.”

These very serious allegations of Nazi involvement in the sacking and expulsion of one of the best-known trade union and anti-racist activists in the north east of England raise a number of disturbing questions.

Is the Nazis’ claim to have a source in Unison correct? How is it that Nazis seem to have got hold of information about anti-fascist activity on Tyneside and the case against Yunus?

There should be great discomfort too at Yunus’s former employer – Northumberland, Tyne and Wear NHS Trust. They sacked Yunus on the basis of allegations of bullying, despite his protests that they had failed to properly investigate a possible racist motivation for the complaints.

Yunus is appealing against both his sacking and expulsion from Unison. 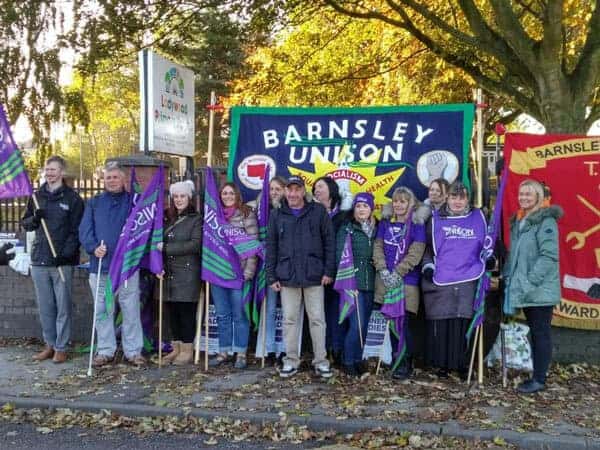