The Black Lives Matter (BLM) movement in Britain widened and deepened over the last week. Demonstrations and vigils for victims of police violence took place across the country.

The protests, isolated and spontaneous at first, have turned into a movement of young, black, working class people.

One was a BLM protest and another demanded justice for Mzee Mohammed, who died in police custody last week (see below).

His mother told the crowd, “I will not rest, I will walk in my son’s shoes until I get answers and anyone who had a hand in my boy’s death will be brought to justice.”

BLM activists joined the No More Austerity, No to Racism demonstration in London last Saturday. Grace said, “Young black people are coming in and becoming political. The media portrays us as apolitical but that’s not true.”

In Nottingham over 200 people attended a protest in solidarity with BLM on Wednesday of last week. It was the springboard for the formation of a BLM group in the city.

People spoke about the need to fight racism and police violence in Britain as well as giving solidarity to those in the US. 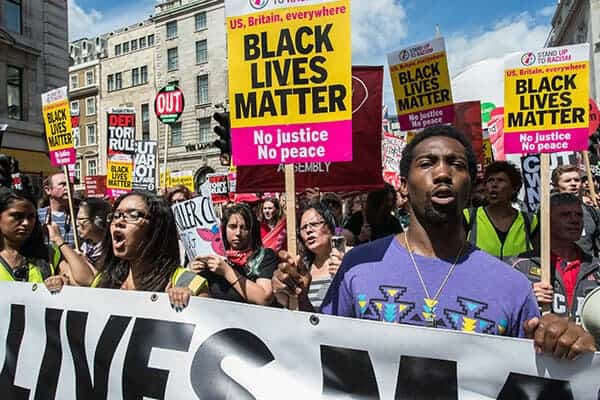 Up to 1,000 protested in Bradford, around 800 in Leeds and up to 100 Cambridge. Some 150 people gathered in Derby for a rally and afternoon of music, poetry and speeches.

Brett, one of the organisers of the protest, spoke to Socialist Worker.

“I don’t normally go on demonstrations because you shout and protest and then go home and nothing gets done,” he said.

“A lot of people are coming together and creating organisations.

“The bottom line is, what are we going to do next, what’s the solution?”

An open meeting was set to take place at the Dalston mosque in east London to discuss ways forward for the movement on Wednesday of this week.

On a huge Oxford Street protest earlier this month, black and white bus drivers honked their horns and took leaflets from activists.

Drawing trade unionists into the campaign will be a key way to deepen the politics of the movement.

Thanks to John Carr, Julie Webster and Tom Woodcock

Marchers defy repression on US demonstrations

An attack on police in the US left three cops dead and another three seriously injured last Sunday.

The attack took place in Baton Rouge, Louisiana, where Alton Sterling was killed by police two weeks ago.

The killer was identified as Gavin Long, a former US marine who did a six-month tour in Iraq in 2008.

Micah Johnson, who killed five cops in Dallas last week, had also been in the US army.

It is no surprise that some former soldiers express themselves through armed violence.

The mass murder of over a million Iraqis was presented as necessary and legitimate to thousands of US soldiers.

The attacks on police take place in the context of a series of racist killings by officers.

The Black Lives Matter movement in the US has continued in the face of fierce police repression.

There have been mass arrests in numerous cities. Even small demonstrations are heavily policed.

Police arrested some 65 people in Baltimore last Saturday after protesters against police brutality blocked a road.

The right in the US have begun a smear campaign to link attacks on cops and the BLM protests.

Racist violence from the police is the real problem. It’s right to protest against it.

Family of Mzee Mohammed want answers about how he died

Mzee Mohammed died in police custody on Wednesday of last week in Liverpool.

Police were called after security guards reported him behaving erratically at the Liverpool One shopping centre.

There are serious questions to be answered about his treatment in custody and what care, if any, he received.

Abeke Sanders, a friend of Mzee’s family, was at a vigil in London last Sunday.

She told Socialist Worker, “Mzee left his house at 12.30 on Wednesday. His mum heard a report on the news that a young man had been killed on her way to work.

“She was told at 2am by police that her son would not be coming home.” 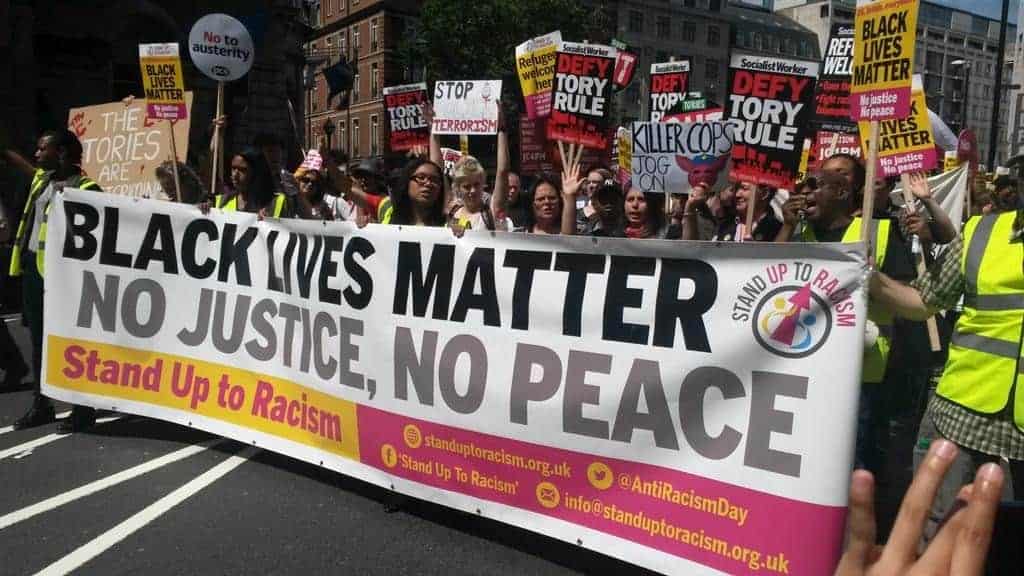 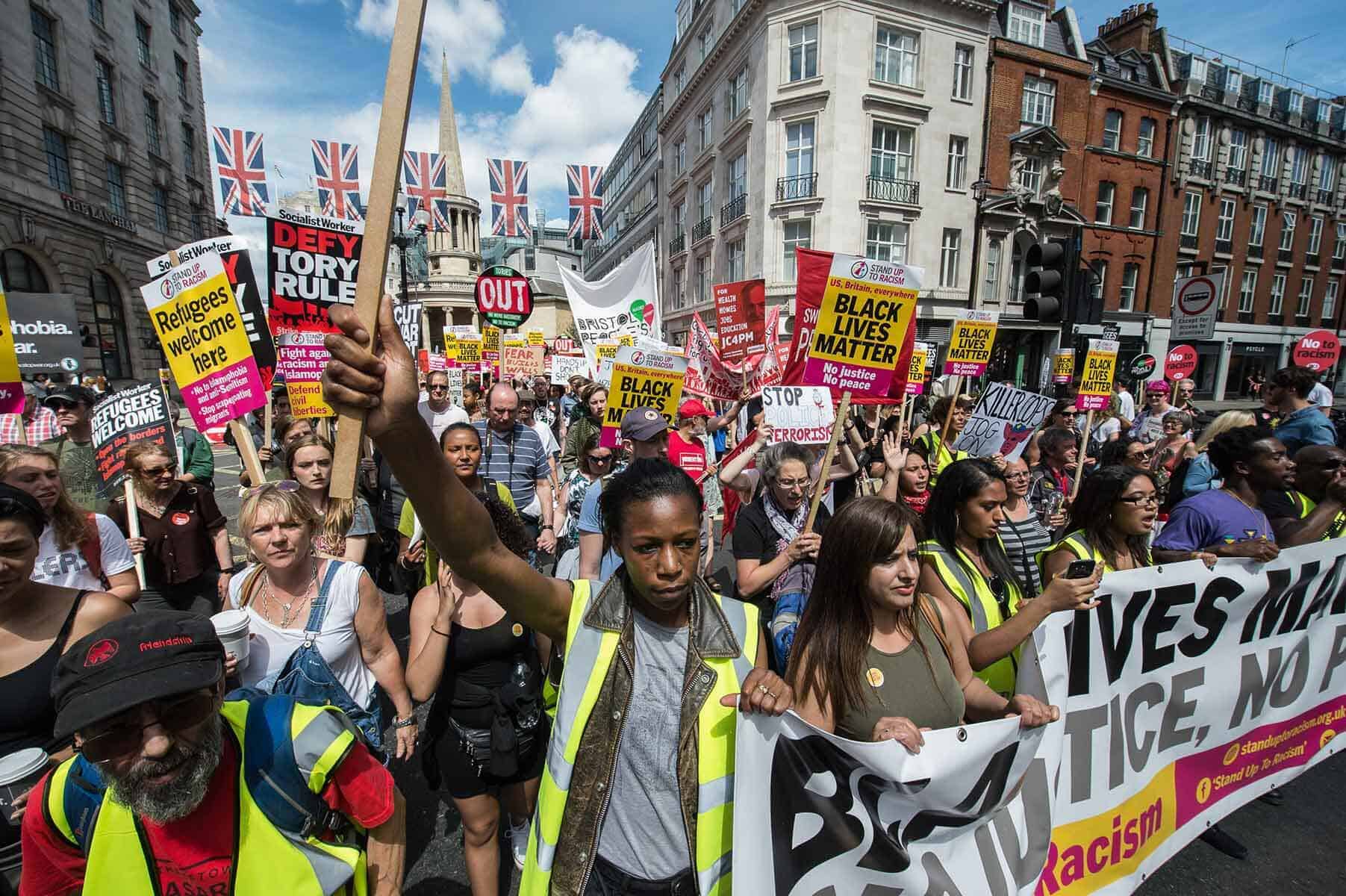 Pictures of the No to Racism, No to Austerity demonstration, London, 16 July