This article is over 20 years, 2 months old
THE GUARDIAN newspaper has quite rightly come in for a lot of flak for its failure to report the great anti-war demonstration in London a fortnight ago. The paper has also been carrying articles that seek to play down the opposition to the war. 'Students Shun 'Stop The War' Movement' was the headline of a piece that claimed students are too worried about money or having a good time to take a stand against the war.
By Alex Callinicos
Downloading PDF. Please wait...
Saturday 27 October 2001

THE GUARDIAN newspaper has quite rightly come in for a lot of flak for its failure to report the great anti-war demonstration in London a fortnight ago. The paper has also been carrying articles that seek to play down the opposition to the war. ‘Students Shun ‘Stop The War’ Movement’ was the headline of a piece that claimed students are too worried about money or having a good time to take a stand against the war.

That certainly isn’t my experience. A panel discussion organised by the department of politics at York University last week packed in well over 100 students. They followed the arguments for and against military action very seriously, and without a hint of jingoism.

Numerous similar meetings have been reported from around the country. The demonstration on 13 October began to give us the measure of the movement that is beginning to develop. There was, to begin with, its size. More than 50,000 people took part. This makes it the biggest demonstration in London since the early 1990s.

Then, a series of issues-the poll tax, the Gulf War, pit closures, the Nazis, the Criminal Justice Bill-brought tens of thousands of people onto the streets to challenge the Tory government. But these were all single issue campaigns.

People who became very active against the poll tax or the Criminal Justice Bill didn’t, on the whole, link these particular grievances with the capitalist system itself. What was striking about 13 October was the extent of political generalisation that many of the marchers showed. It was clear that they weren’t simply there to oppose the bombing of Afghanistan.

Protesters understood, for example, the way in which Israel’s war against the Palestinians is fuelling hatred of the West throughout the Middle East. Slogans that targeted US and British imperialism as the real enemy had a big impact.

This reflects the fact that the war comes after the development of the movement against global capitalism that first emerged in Seattle in November 1999. Plenty of people are making the connections between the destructive activities of the multinational corporations around the world and the military power of the Pentagon.

The anti-capitalist movement has been undergoing a process of radicalisation since Seattle. Attacks by Italian riot police on the mass demonstrations at the G8 summit in Genoa in July taught many activists that the state isn’t something that-as Naomi Klein, for example, had argued-can just be walked round. Now they can see in Afghanistan the other face of the state, policing Western capitalism’s domination of the world.

This anti-war movement is therefore different from the opposition to the last two wars-the Gulf War of 1991 and NATO’s bombing campaign against Yugoslavia. Once again, this is partly a matter of scale. I reckon that the 13 October march was bigger than all three national demonstrations against the 1999 war put together. But it is also that many people who supported the NATO war over Kosovo oppose the present one.

A seat in the war cabinet may have been enough to persuade Clare Short to abandon her brief rediscovery of her left wing past, but other people are more principled. I remember debating during the Balkan War with leading Guardian journalist Jonathan Steele.

He was a strong supporter of the NATO bombing campaign against Yugoslavia. Last week Steele wrote bewailing the fact that so few people are willing to condemn the bombing of Afghanistan. This is a much broader anti-war movement than in 1991 and 1999.

Even the Guardian on Friday last week described ‘a peace movement brimming with both renewed purpose and the energy brought by a flood of new members. A new breed of anti-war protesters have swelled the traditional leftist and pacifist ranks of the peace movement. They are young, professional, and-crucially-non-aligned.’

This description at least captures one aspect of the real anti-war movement. But it is still one-sided. It fails to capture the process of radicalisation that is going on. This means that socialists have to build the anti-war movement on as broad a basis as possible.

This means mobilising for the next national demonstration. It also means building Stop the War groups in every workplace, in every university, in every school. But within it socialists have to connect with all those who are beginning to generalise against the system.

We have to build an anti-imperialist left wing that understands that the only way to rid the world of war is to do away with capitalism itself. 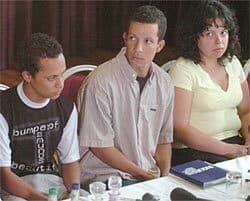 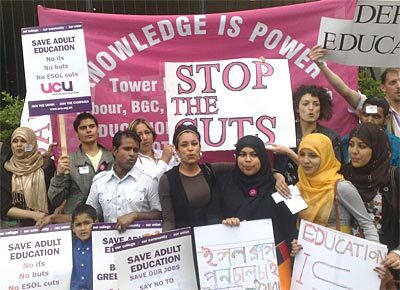