This article is over 9 years, 9 months old
Shouts of "no justice, no peace" filled Whitehall in central London this afternoon (Saturday) as the annual Families and Friends march against deaths in police custody marched on Downing Street.
By Siân Ruddick
Downloading PDF. Please wait...
Saturday 27 October 2012

Shouts of “no justice, no peace” filled Whitehall in central London this afternoon (Saturday) as the annual Families and Friends march against deaths in police custody marched on Downing Street.

Some 300 people joined the protest. There were many new faces on the protest this year—a sign of how deaths at the hands of the police show no sign of stopping.

One of those faces was Marina Scholfield, the mother of Anthony Grainger who was shot dead by Greater Manchester Police this year.

Marina said, “I’ve seen this march before on the news and in the papers—but I never thought I’d be here because my son was killed.”

This was a sentiment shared by Josie Fraser, the mother of 21 year old Demitre Fraser. Police say Demitre died after jumping out of an 11th floor window to escape arrest in May 2011.

Josie told Socialist Worker, “I’ve got no death certificate, no inquest. I’ve been waiting for the IPCC and coroners, like everyone else here.

“I’m living my life in limbo. I want justice. I never knew there were so many deaths until my son died.”

Dawn Spiller’s son committed suicide at Aylesbury’s Young Offender Institution on 5 November 2011. She told Socialist Worker her son had been “failed by the system”.

“He was crying out for help. He’d been self harming from a young age. He was ringing his buzzer but nobody came.

“There was just one officer on the wing for 30 people. That woman had to get another inmate to help cut Billy down. None of this need ever have happened.”

These new families were joined by people who had been campaigning for justice for years. Many paid tribute to the inspiration Marcia and Samantha Rigg, sisters of Sean Rigg, had given them to fight on.

Sean died in Brixton police station in 2008. A recent inquest into his death pointed to the failings of the police and the mental health trust as contributing to his death.

Ricky Bishop died in police custody in 2001. His mother called on people to join together and “unite for justice”—to big cheers from the crowd.

Kedisha Brown-Burrell, sister of Kingsley Burrell, said, “My grandparents didn’t come to this country to have us murdered by the police. United we stand, divided we fall.” 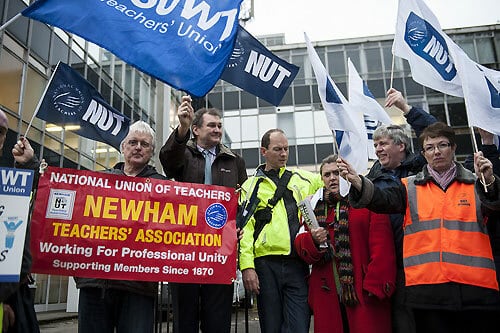 Bootle - the battle goes on