New movement will Max resistance to Tories’ scapegoating of migrants

This article is over 8 years, 4 months old
By Joseph Choonara
Downloading PDF. Please wait...
Tuesday 10 September 2013
A new coalition to oppose the scapegoating of migrants, the Movement Against Xenophobia (Max), held its inaugural meeting in London on Wednesday of last week. The summer has seen an escalation of attacks on migrants. Home Office vans have travelled around London bearing the slogan “Go home or face arrest”. The UK Border Agency has coordinated raids on transport hubs.

The government is set to publish its immigration bill in coming weeks. It will translate draconian measures trailed in this years queen’s speech into law. This could include attempts to curtail migrants’ access to the NHS and Legal Aid. It could also force landlords and employers to police the migration status of residents and employees.

Representatives of several national and regional organisations committed to opposing the government’s attacks attended the Max meeting. These included South London Immigration Monitor, Black Activists Rising Against Cuts, the Joint Council for the Welfare of Immigrants, the Migrant Rights Network, Migrant Voice, BritCits and others.

Max hopes to strengthen its links with trade unions and other campaigning organisations. It committed to call a demonstration in response to the first parliamentary reading of the immigration bill. It also agreed a draft launch statement. The Socialist Workers Party has affiliated to Max and other anti-racist and campaigning groups should do the same. 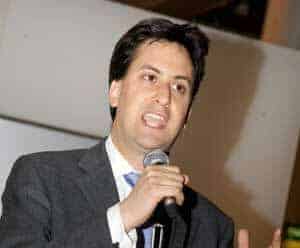