New offer is not enough for council workers in South Gloucestershire

Council workers in South Gloucestershire called off a planned strike last week after management made them an offer.

The Unison union members were set to strike on Thursday of last week—the same day as a regional teachers’ strike. They have held three solid strikes against bosses’ attacks on their pay.

Management want to remove enhanced pay for Saturday working. This would mean a pay cut of 10 percent for some already very low-paid workers.

They still plan to cut enhanced pay but have offered lump sums of money in return.

Workers were set to hold workplace meetings to discuss the offer and vote on it over the coming week. Unison is neither recommending acceptance or rejection of the offer.

South Gloucestershire council workers have shown that action gets results.

The dispute has helped build the union and the offer will give workers more money than they lost by striking. But the deal still represents a serious attack.

Workers have bosses on the backfoot and more action could win more. They should reject the offer and continue the fight to end the bosses’ attacks on their pay. 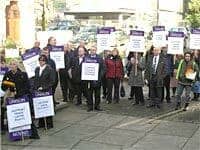 Karen Reissmann: barred from election for being victimised 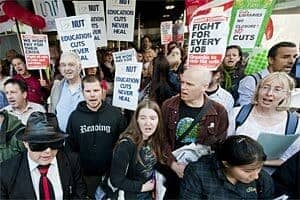 Organising against the cuts 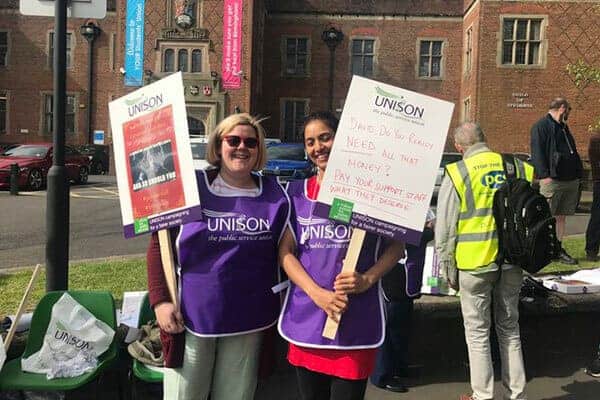