This article is over 16 years, 1 months old
New Labour's savaging of the NHS has become too much even for some thought of as close to Tony Blair.
Downloading PDF. Please wait...
Saturday 13 May 2006

New Labour’s savaging of the NHS has become too much even for some thought of as close to Tony Blair.

She cited Downing Street meddling in NHS appointments and the new “payment by results” system which sets tariffs for NHS procedures.

Kennedy argued that the system would impact upon the Alder Hey children’s hospital in her Liverpool constituency.

Alder Hey faced a £11 million shortfall, as the new tariffs failed to cover the costs of the complicated operations carried out at the hospital.

Contrary to the claims of health secretary Patricia Hewitt, the £1 billion deficit across NHS trusts will affect patient care.

Pennine Acute trust has announced that it will axe up to 10 percent of its staff. It faces a £21 million shortfall.

The 800 job losses in Bury, north Manchester, Oldham and Rochdale will bring the total number of jobs cut in the past two months close to 10,000.

Lobby of parliament called by the Royal College of Nurses and backed by the Unison and Amicus unions. Assemble Westminster Central Hall, central London, from 11am, Thu 11 May.

'This deal is a springboard to unionise our workplaces' 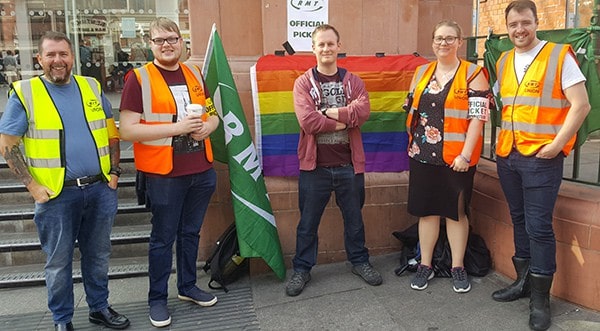 Victory in the air at Boeing