NHS porters call on SNP to follow up on promises

Striking Dundee hospital porters have called on the Scottish National Party (SNP) to live up to promises and intervene to resolve their pay dispute.

The porters from Ninewells and Royal Victoria hospitals are in the tenth week of an all-out strike. They are demanding to be put on a higher pay grade, the same as other NHS employed porters in Scotland, and receive back pay owed to them.

Ronnie questioned the SNP’s role in the dispute so far. Local MSP Shona Robison is also the Scottish health minister.

“The SNP say they are an anti-austerity party but look at us here on low pay,” Ronnie said.

NHS Tayside HR director George Doherty claimed the Stac decision would be binding and resolve the dispute but Ronnie said this wasn’t true.

He said, “We have agreed that Stac can have a look and give an opinion—but its decision will not be binding.”

Stac is expected to give its verdict by 12 June.

GPs are not to blame for A&E crisis 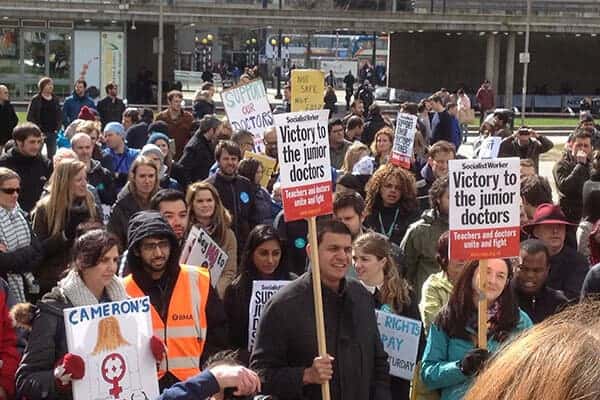 Welcome to the Tories' health service