No deal! Get ready for 14 Aug action

This article is over 19 years, 5 months old
LEADERS OF the three council workers' unions-Unison, the TGWU and the GMB-walked out of talks with management in disgust last week. Council bosses had widely hinted in the press that they were putting a new deal on the table, including offering £5 an hour to some low paid staff, to end another strike across England and Wales scheduled for Wednesday 14 August.
Downloading PDF. Please wait...
Saturday 03 August 2002

LEADERS OF the three council workers’ unions-Unison, the TGWU and the GMB-walked out of talks with management in disgust last week. Council bosses had widely hinted in the press that they were putting a new deal on the table, including offering £5 an hour to some low paid staff, to end another strike across England and Wales scheduled for Wednesday 14 August.

Bosses had been taken aback by the size, strength and solidarity shown in the marvellous one-day strike on 17 July. But despite being shaken by the strike, the bosses put nothing new on the table. In a joint statement union leaders said, ‘The employers have behaved disgracefully. Their much publicised £5 proved to be spin, not substance.’

Yet in the same week that council bosses denied even £5 an hour to workers it emerged that some local authority councillors pocketed a rise of 194 percent in their allowances. In London councillors’ allowances nearly trebled.

More talks are set to take place with the employers on Friday of this week. If council bosses do come up with a better offer this week, it is likely that it will be part of a two or three year pay deal and well short of the council workers’ claim of a 6 percent rise. The spirit and strength of the recent strike shows that there is no need for union leaders to make any concessions.

John McLaughlin, the branch secretary of Tower Hamlets Unison, says: ‘We now need to build the biggest possible resistance for the next strike to keep pressure on the employers. Because the schools are shut, our union leaders have been talking about a low key protest, with ‘picnics in the park’. But we need to turn 14 August into another massive show of strength. That means involving new people and building on the organisation shown in the last strike. ‘We should be organising local marches and rallies in every area.’

MORE WORKERS joined the all-out strike against privatisation at Westminster council on Monday of this week. Some 25 workers in the planning section joined 77 workers in the Parking and Highways Licensing Departments, who began the strike last week.

The 25 workers are in the central administration section of the planning department and their action could bring all planning work to a halt. The workers also raised support through petitioning. They have set up a strike committee and are sending out speakers to win solidarity among other workers. We have had many e-mails coming into the union office saying that it’s great that people are standing up and fighting privatisation.

Workers are demanding an end to Westminster Tory council’s rolling privatisation programme. This means up to 80 percent of Westminster’s services will be privatised. It will mean a two-tier workforce. Any new person employed by the private consortium SW1, which is taking over services, will no longer get a final salary pension scheme, for example.

We are sending out delegations of strikers around the country. Next week environmental health officers should be joining our rolling programme of escalating action against privatisation.
RAHUL PATEL, assistant branch secretary Westminster Unison (personal capacity). 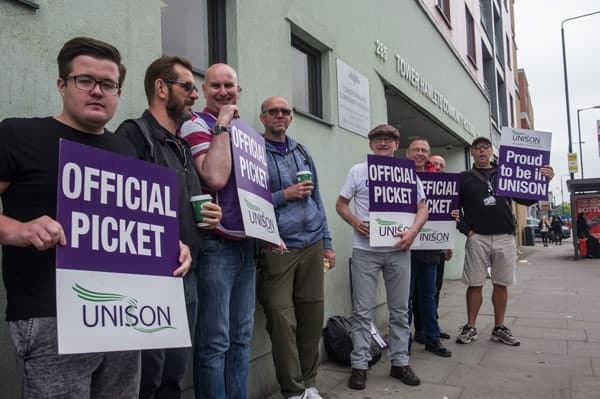 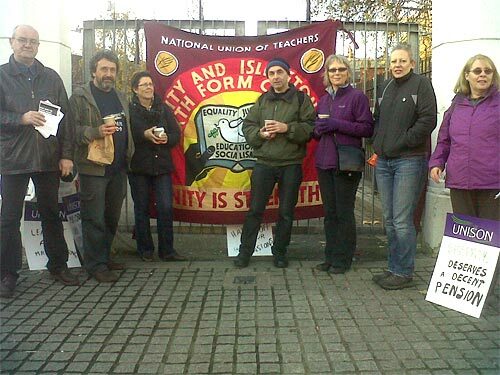