No let-up in sparks’ fight

This article is over 10 years, 0 months old
Hundreds of electricians protested last week against a planned working agreement that could see their wages cut by about 35 percent.
By Simon Basketter
Downloading PDF. Please wait...
Tuesday 17 January 2012

Hundreds of electricians protested last week against a planned working agreement that could see their wages cut by about 35 percent.

Some 200 workers from across the north east of England massed in Hartlepool on Wednesday of last week to show the strength of feeling against attempts to tear up the national agreement.

The crowd flanked the entrance to Hartlepool power station at the roundabout on Tees Road.

ten mile tailback of traffic as workers stayed off the site and blocked the road.

There were also protests in Cardiff and Manchester. In London some 150 people assembled at Blackfriars station.

There was disquiet from some electricians that promises made by the Unite union’s general secretary Len McCluskey last week had not translated into facts on the ground.

One electrician told Socialist Worker, “It’s good we are being backed by the union but they need to turn words into action.

“We need a date for another national demonstration.”

Some 120 electricians blocked the entrance to Grangemouth power station in Scotland last Friday.

The bosses want to bully people into signing up to savage pay cuts, the end of the JIB pension and cuts to travel time and fares.

It would also mean the end of the right to claim unfair dismissal from day one and giving the employer the right to downgrade conditions at will.

The new terms are set to be introduced in nine weeks.

Bosses had threatened to sack people if they didn’t return their contracts signed by last Monday, but backed off after hundreds of workers returned them unsigned.

Unite has said it will reballot the Balfour Beatty workforce and those at two of the other seven companies trying to break the national agreement.

It is the second time electricians at Balfour have been asked to vote. Some 81 percent voted in favour of a strike in November last year, but Unite called off the strike after bosses threatened to take legal action.

The ballot was set to open on Thursday of this week and closes on Wednesday 1 February.

Meanwhile, 70 rank and file sparks met in Birmingham last Saturday to discuss how to take the dispute forward.

Sparks Revolt: The electricians’ dispute and the rise of the rank and file. New pamphlet by Simon Basketter, Ian Bradley and Alan Kenny. £2. Call 020 7819 1175 to order your copy 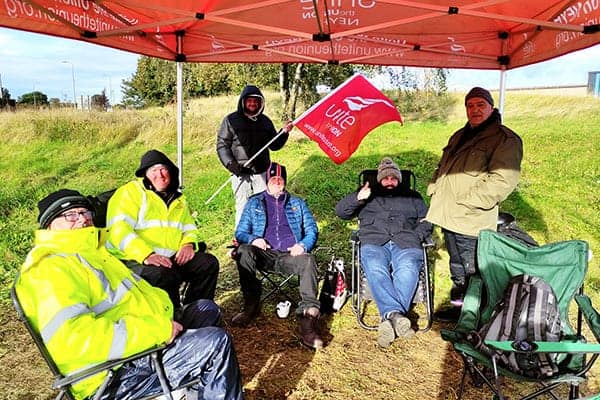 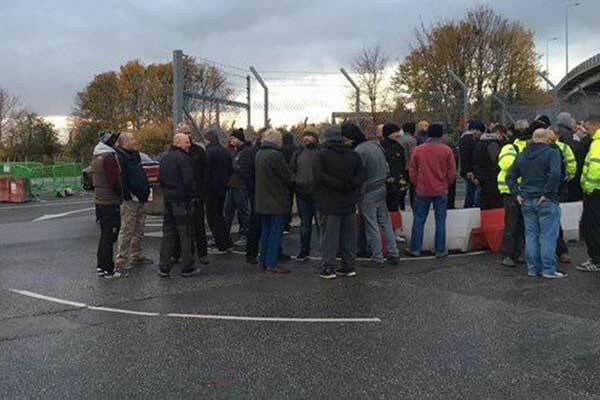 Construction walkout at Ferrybridge over safety