No mandate for moving closer to New Labour

This article is over 17 years, 11 months old
GOVERNMENT ministers breathed a sigh of relief at the outcome of the election for general secretary of the biggest teachers’ union on Tuesday of this week.
By Kevin Ovenden
Downloading PDF. Please wait...
Saturday 03 July 2004

GOVERNMENT ministers breathed a sigh of relief at the outcome of the election for general secretary of the biggest teachers’ union on Tuesday of this week.

New Labour and its supporters in the media had indicated that they wanted Steve Sinnott to win the election for leader of the National Union of Teachers (NUT).

But he now takes office with nothing like a mandate for moving the union in the direction of government policy.

In a complex transferable vote election he got just 41 percent in the first round.

So most of those who voted backed one of the three candidates who to varying degrees were to his left.

After two of the four candidates were eliminated Sinnott beat Ian Murch, the candidate supported by the left in the NUT, by just 27,287 to 22,134.

The turnout in the election was only 21 percent. Five years ago 30 percent took part.

“None of this adds up to a mandate for abandoning the union’s policies, most importantly over opposing the ‘teaching on the cheap’ remodelling agreement,” says Kevin Courtney, secretary of the NUT in Camden, north London.

“Most votes went to candidates who pledged to maintain that principled position.”

Sinnott also said he opposed the scheme to replace teachers with low paid classroom assistants, but his position left careful room to manoeuvre into negotiations over it.

“Delegates at the conference of Unison, a union that represents many classroom assistants, have just voted to pull out of the scheme unless there are major improvements,” says Kevin Courtney.

“Those improvements strike against the whole thrust of what the government is doing. There is a unity to be forged with the other unions in education. It should not be done by the NUT watering down its defence of the principle of every child having a qualified teacher. It is a new unity around opposing what the government is doing. In Camden we have come to a common position with the GMB, which represents some classroom assistants. It is to campaign for better pay and conditions for classroom assistants and to stop them being used to replace teachers. The feeling for that kind of approach is there across the NUT and the leadership are going to have to take account of it.”

The NUT election result is nevertheless a setback and stands as a warning across the unions.

It will give comfort to TUC general secretary Brendan Barber and those union leaders who want to reverse the swing to the left in the union movement over the last few years.

Steve Sinnott’s election campaign tried to emphasise that he would carry out union policy.

But those around him made no secret of the fact that they want a more pragmatic approach to the government in order to close the gap with those teachers’ union leaders who want outright partnership with New Labour.

So the last year has seen sharp attacks on outgoing

general secretary Doug McAvoy from sections of the union that backed Steve Sinnott.

McAvoy was not part of the “awkward squad” of left union leaders, but found himself pushed into confrontation with the government as it moved against the principle of comprehensive education.

Pro-Labour papers such as the Mirror and the Guardian also attacked McAvoy in their editorials and called for a “pragmatic” successor to him.

But one outstanding lesson of the election is that the left could have won and very nearly did so.

Ian Murch got 15,360 first preference votes and was within striking distance of Sinnott at the end of the counting process.

The combined first preference vote of Murch and Martin Powell-Davies, a member of the Socialist Party, was 21,842.

That would have been enough to put Murch top in the first round. More importantly a single left candidate would have won even more votes.

Every NUT member would have seen there was a single candidate from the left challenging two candidates from the union’s national bureaucracy representing rival factions.

An exhaustive process led to the left uniting behind

Ian Murch as its candidate and launching an inclusive campaign.

“But then Martin Powell-Davies said he would stand and refused all pleas for unity,” says Nick Grant, secretary of the NUT in Ealing, west London.

“Only half his votes went to Ian Murch in the second round of counting. The left appearing to be disunited undoubtedly deterred support and undermined the morale of those who want radical change in the union. The result is that Sinnott has been allowed to win the election. Martin and those who insisted that he stand have a lot of questions to answer. There is a crying need for a vibrant united left force in the NUT. The poor turnout is an indication that many members are demoralised by the fact that the union has not turned words of opposition to the government into action. That is the challenge we face now and why various local NUT associations have called a conference in September to build that resistance.”

The NUT election shows that without such resistance built at workplace level, candidates who want partnership with New Labour can win elections—even though most union members are moving in the opposite direction.

It also shows how the left can win, if it’s united and builds on the bitterness at the base of the union.

With further important union elections over the next 12 months—not least for leader of Britain’s biggest union, Unison—those are vital lessons.

US threats to Middle East oil producers backfire on Bush 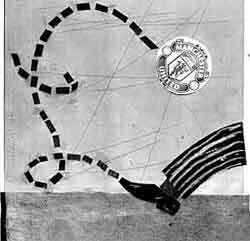