Noam Chomsky on Israel, the US & Palestine

Noam Chomsky on Israel, the US & Palestine

WHAT IS HAPPENING AFTER FIVE MONTHS OF THE NEW PALESTINIAN INTIFADA?

ISRAEL HAS an overwhelming force advantage, and can act with few constraints as long as it has US authorisation. The media managers may not be too confident about the willingness of the US population to accept the story that Israel is the victim of inexplicable Palestinian violence, and that the Palestinians have refused extraordinary peace offers.

It’s interesting, for example, that the US media have uniformly refused to publish what they know about the major shipment of US military helicopters to Israel, including advanced attack helicopters. Perhaps that’s not considered a useful story alongside reports of Israel using US helicopters to attack civilian targets, with many killed, and for targeted political assassination, which the US claims to oppose.

Israel has tried to restrict outright killings to a level low enough not to evoke too much international condemnation. They aim at large scale and severe wounding, brutal strangulation of the population by closures, impassable barriers, and now trenches around cities and villages. Their calculation is that there is a limit to what flesh and blood can endure. The same strategy was carried out in the first Intifada. In 1989, for example, Israeli defence minister Yitzhak Rabin informed Peace Now leaders that the US was offering Israel a year or more to suppress the Intifada by “harsh military and economic pressure”, and assured them that the Palestinians “will be crushed”. That is pretty much what happened.

WHAT LED UP TO THE PRESENT PEACE PROCESS?

THE TERM “peace process” is used to refer to whatever policies the US happens to be carrying out-perhaps blocking peace. The US “peace process” shifted in 1971 from support for the US-initiated “land for peace” resolution UN 242 to Kissinger’s demand for “stalemate”. The decision was taken in response to Egypt’s offer of a full peace treaty in accord with US policy, now abandoned.

Since then the US has stood virtually alone in the world in rejecting UN 242. From the mid-1970s, when the international consensus shifted to addressing national rights of Palestinians, the US stood alone (with Israel) in rejecting such an outcome.

That continued until the Gulf War, when the US made it clear that it was going to run this region unilaterally by force. Others backed away, but the US began implementing its own rejectionist programme, first at Madrid and later as it took over the Oslo process. That continued until the latest Clinton-Barak proposals of January 2001.

WHAT DOES THE PEACE PROCESS OFFER NOW?

It would give the Palestinians several isolated enclaves, separated from one another and from the centre of Palestinian life in the former Jerusalem by Israeli settlements and massive infrastructure projects. Israeli “Jerusalem” also extends well to the north and south. Another salient virtually separates the northern enclave (Nablus, etc) from the central one (around Ramallah).

The Gaza Strip is connected only by a road that is under Israeli control, and though details were left obscure it is not unlikely that the plans include effective partitioning of the Strip as well. In return Palestinians were to be offered a pile of sand at the Egyptian border that is disconnected from the other enclaves.

Barak’s chief peace negotiator explained in 1989 that the goal of the Oslo process is to ensure that Palestine remains a permanent neo-colonialist dependency. It can be called “a state”, just as apartheid South Africa was happy to call the Bantustans “states”.

The peace process is intended to integrate Israel into the region as its main financial, industrial, military and technological centre, and eliminate barriers to Israel’s economic relations with the rest of Asia-though only as long as it does not conflict with US demands.

The “peace process” broke down because Palestinians were no longer willing to tolerate the continuing decline in social and economic conditions. These were bad enough in 1993 and have become much worse since, now exacerbated further by the fact that they have two oppressors: Israel, and the corrupt and brutal Palestinian Authority.

WHAT IS THE US’ ROLE IN THE MIDDLE EAST?

THE PRIME concern of the US is the energy reserves of the Gulf region, by far the largest and most easily accessible in the world, and expected to become even more significant in the global energy picture in coming years. It has long been understood that control of these resources not only brings enormous wealth, but also great power.

The threat to US dominance has been what is called “radical Arab nationalism”. US relations with Israel (also Turkey and other “peripheral states”) developed within this framework, on the assumption articulated by US intelligence in 1958 that a “logical corollary” of US opposition to “radical Arab nationalism” is support for Israel as a reliable base for US power in the region.

HOW DOES THIS TIE IN WITH THE BOMBING OF IRAQ?

THE US and Britain supported Saddam Hussein through his worst atrocities. They turned against him for the usual reasons-in August 1990 he disobeyed (or perhaps misunderstood) orders. That cannot go unpunished. The bombing is the expression of US-British contempt for the UN and world opinion generally, and their insistence that they will use force to attain their ends.

Sooner or later Iraq will be allowed to re-enter the US-dominated world system, but only when US and British energy corporations gain the inside track on exploiting its oil reserves. At least that is the intention one would guess, judging by past history and what we know of current planning.

WHY SHOULD EVERYONE WHO WANTS PEACE SUPPORT THE PALESTINIANS?

WE SHOULD bear in mind that while peace is preferable to violence, it is not an absolute value. Hitler also wanted peace-on his terms. Those who want a just peace should support all the people of the region, not only Palestinians, and including Israeli Jews. But just as we ask, “What kind of peace?” we must also ask, “What kind of support?” Here a whole host of questions arise about just and constructive outcomes, and these cannot be answered seriously by keeping to national, ethnic or religious categories. 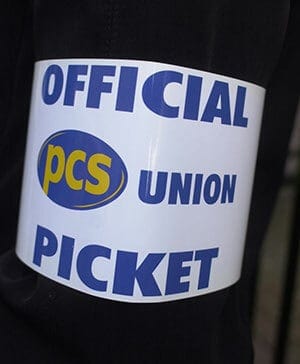 We want to know why Kebba died