This article is over 11 years, 0 months old
The man arrested for yesterday’s murderous attacks in Norway admires Britain’s far right English Defence League and claimed to have held discussions with it.
By Simon Basketter
Downloading PDF. Please wait...
Saturday 23 July 2011

The man arrested for yesterday’s murderous attacks in Norway admires Britain’s far right English Defence League and claimed to have held discussions with it.

More than 80 people attending a Labour Youth gathering were shot dead near the Norwegian capital Oslo when a man dressed in a police uniform opened fire.

Members of the ruling Labour Party were the targets in both cases. The killings have sent shockwaves around the world.

Breivik posted messages on a Norwegian website expressing his admiration for the English Defence League.

Among rants about Islam and Communism is the following (roughly translated from Norwegian):

“I have on some occasions discussed with SIOE [Stop Islamification Of Europe] and EDL and recommended them to use conscious strategies.

“The tactics of the EDL is now out to ‘entice’ an overreaction from Jihad Youth / Extreme-Marxists something they have succeeded several times already. Over The reaction has been repeatedly shown on the news which has booster EDLs ranks high.

“This has also benefited BNP. WinWin for both.

“But I must say I am very impressed with how quickly they have grown but this has to do with smart tactical choice by management.

“The agenda of the Norwegian cultural conservative movement over the next 5 years are therefore:

2 Working for the control of several NGOs

It’s not known how many further links that Breivik may have with the English far right. But the hate that fuels the EDL showed its logical consequences in Norway this week.

That’s why we must make a renewed effort to build resistance to the EDL, in particular the national protest against the racist EDL in Tower Hamlets, London, on Saturday 3 September. 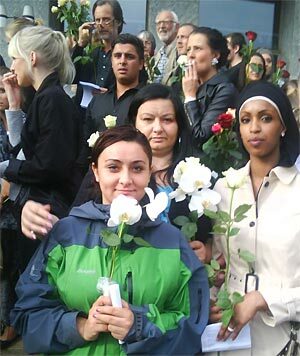 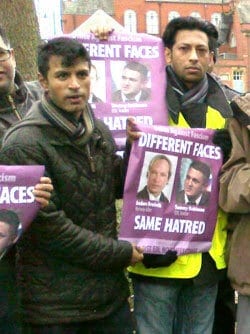 Norway's mass killer is sane, and driven by fascist ideology