Not safe in New Labour’s hands

Not safe in New Labour’s hands

TONY Blair’s speeches and New Labour’s manifesto are deeply shocking. They really are going to privatise the NHS and other key services. Private firms will run surgical units, many more patients will be directed to private sector hospitals, and “failing” hospitals will be taken over by “successful” ones.

New legislation will give so called Care Trusts the right to levy charges by redefining NHS care as personal care. The majority of NHS care will be restricted to six weeks treatment. After that you could be paying “hotel charges” to a private firm. Public sector Care Trusts will be legally obliged to make a return on capital employed.

If they don’t, they can be taken over by private companies. Blair told the BBC last week, “Anybody who comes to me after the election from the very traditional old left and says, ‘No, you cannot involve the private sector in these things.’ I want to say, ‘No, I made it clear during the election that we wanted a different partnership between the public and private sector’.”

New Labour’s proposals are not just some small change at the margin. They are a shift in the whole way a Labour government deals with the public services. They are a knife at the heart of the welfare state. Blair is carrying out an election fraud when he says that everyone who votes Labour will be giving a mandate for his privatisation schemes.

The vast majority of people who vote Labour will do so in spite of the privatisation plans, not because of them. Allowing private firms into the heart of public services is a recipe for turmoil in the second term. Speak out now against it-vote socialist.

“It concerns me that we may well be encouraging consultants who work part time in the NHS to spend more on private work, by pushing patients in their direction. The private sector recruits staff trained by the NHS, so any expansion will have the knock-on effect of reducing staff in the NHS.”

“Suddenly you realise what Labour is actually advocating. They, and not the Tories, are seeking a mandate on 7 June to do what the Conservatives never dared-to introduce private companies into the inner sanctum of our public realm, the NHS and state schools. It may be the sheer weirdness of the turnaround that has prevented, so far, any outcry. It’s as if the electorate has been stunned into silence with Labour supporters rendered utterly mute with disbelief. New Labour, who fought four elections warning that the Conservatives would privatise the NHS, seem bent on doing the job themselves.”

WHERE CAN we get the money for public services if we don’t use private firms? The answer is to tax the rich and big business. A survey by the Institute of Management last week showed that directors’ earnings leaped by 13 percent last year. This is double the rise recorded the previous year. The average director’s bonus topped 28,000.

INVESTMENT IN schools, hospitals and transport infrastructure has plummeted under New Labour, another analysis underlined last week. Spending is now lower than under Thatcher. In fact, it has sunk to its lowest sustained level since the Second World War.

That is according to the Institute for Fiscal Studies. Carl Emmerson of the institute says: “This is easily the lowest figure for any four-year period since the Second World War.” Net public investment is below 0.5 percent of national income.

ON PLANNED spending levels it will take Britain until 2008-9 to reach the European Union average spending on the NHS, assuming that health spending in Europe does not grow. That was the analysis last week from the Institute for Fiscal Studies and the King’s Fund health think tank.

They added that the general trend in Europe was rising health expenditure, and that therefore it would take even longer for Britain to get near the average.

“Labour’s galloping privatisation of public services contrasts with its opposition to (creeping) privatisation under the Tories. The Health and Social Care Act (May 2001) has the potential to end universal access to healthcare free at the point of delivery, to introduce user charges and allow private companies to run health services to place profits before patients. The provision of care will be determined by the profit motive, as already occurs in the US. The internal market in the NHS may have been dismantled, but only to be replaced by a real market in healthcare. It is time Labour called a halt to the privatisation agenda and revisited the founding values of its party.”

“We set up the Labour Party over 100 years ago to represent the interests of ordinary working people-not to act as some kind of welfare system for the big corporate multinationals.”

IT IS not just in the NHS that Labour wants privatised. New Labour plans a big extension of “specialist schools”, a development of the Tory city technology colleges.

When New Labour came to office there were 233 schools on the city technology model. Now New Labour plans 1,000 specialist schools by 2003 and 1,500 by 2006. These schools can select 10 percent of their pupils. The result will be higher funding for a small elite and the majority sentenced to underfunded schools.

NORD ANGLIA has taken control of a school in Surrey. It will become the Runnymede Business and Enterprise College.

BED SHORTAGES in hospitals are already causing thousands of deaths every year. A study in the British Medical Journal says that almost 40 percent of the deaths among patients who are moved out of intensive care because there is not enough space could be prevented if they stayed two days longer.

They conclude that 16 percent more intensive care beds are needed. Other doctors stress that more nurses and care staff are also needed.

CHERIE BLAIR’S visit to Rochdale Infirmary in Greater Manchester embarrassingly highlighted the problems in the NHS. She was pictured cuddling new born children. But reporters were not told that the children’s unit was closed to admissions due to staff shortages.

Dr Rupert Smith, consultant paediatrician at the hospital, said the local wards were badly staffed, and that children had to be sent to hospitals miles away. He added that the maternity unit was under threat of closure.

AN OPINION poll in the Independent last week shows just how strongly people are opposed to New Labour’s privatisation plans. It found:

That is four out of five voters against any kind of privatisation. 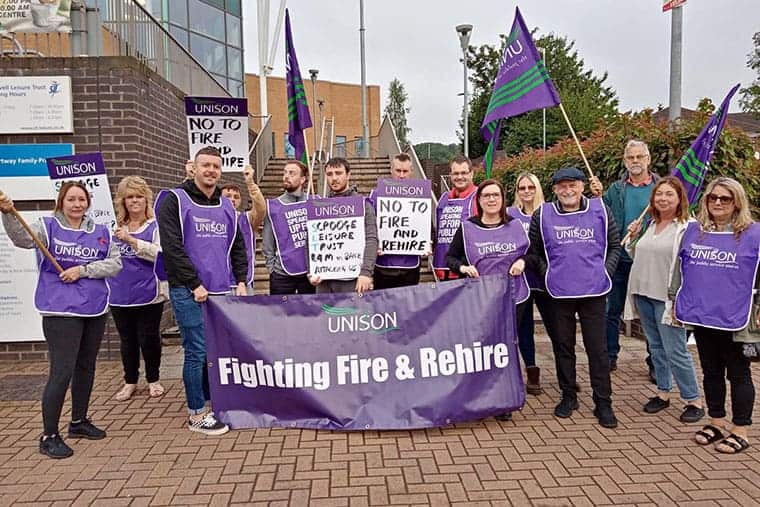 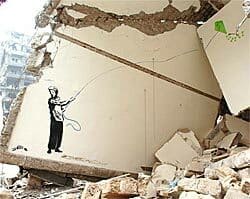 Pensions: Tories and bosses want to rob our retirement