This article is over 13 years, 11 months old
There is growing outrage over the arrest of Nottingham university student Rizwaan Sabir and staff member Hicham Yezza.
Downloading PDF. Please wait...
Tuesday 27 May 2008

There is growing outrage over the arrest of Nottingham university student Rizwaan Sabir and staff member Hicham Yezza.

Police arrested Rizwaan and Hicham under the Terrorism Act on 14 May. They were detained for six days before being released without charge.

Hicham was immediately rearrested on unrelated immigration charges and was under threat of deportation to Algeria as Socialist Worker went to press.

Rizwaan is a masters student researching terrorist tactics who downloaded a copy of the Al Qaida training manual from a US government website.

Because he could not afford the printing fees, Rizwaan forwarded it to Hicham, a friend, to print on his behalf.

The university then informed the police and Rizwaan and Hicham were arrested.

Rizwaan said, “I was absolutely broken. I didn’t sleep. I thought I’d end up in Belmarsh prison. It was psychological torture.”

The police told him that he had downloaded an illegal document that shouldn’t be used for research purposes. The government wants universities to inform on students they suspect of being “radical”.

Lecturers, students and local people have backed Rizwaan over this attack on academic freedom.

They have organised a petition demanding the university acknowledges the “disproportionate nature of [its] response to the possession of legitimate research materials”.

A demonstration was also set to take place on Wednesday of this week.

Campaigners are now trying to ensure that Hicham is not deported to Algeria. He has lived in Britain for 13 years.

Matthew Butcher, who has been elected to Nottingham university’s student union executive for the next academic year, said, “This is an abhorrent abuse of due process, pursued by a government currently seeking to expand anti-terror powers.”

Hicham said in a statement, “The home office has no respect for human dignity and human life.

“I’m grateful to everyone who has come to my aid and stood with me in solidarity. I think this really reflects the spirit of the generous, inclusive Britain we know – and not the faceless, brutal, draconian tactics of the home office.”

The UCU lecturers’ union is set to debate the government’s assault on academic freedom at its conference in Manchester this week.

Hicham is due to be deported on Sunday 1st June. The campaign is calling on supporters to urgently contact the home office and British Airways to call on them to halt the deportation. For details go to » freehichamyezza.wordpress.com

Fight back as Islamophobia surges from scapegoating 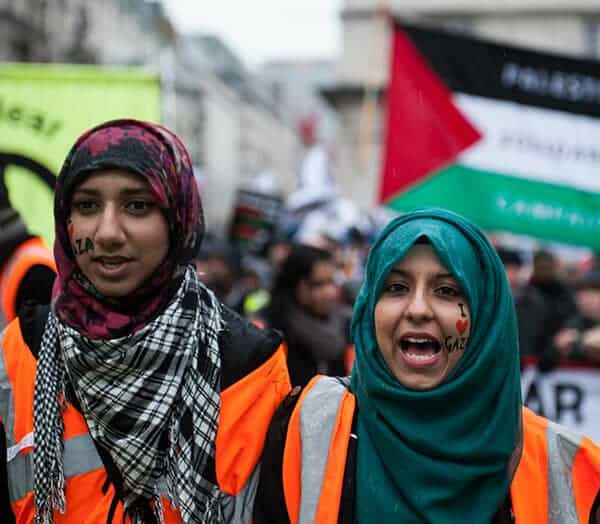 Prevent - We can beat this racist clampdown