This article is over 10 years, 11 months old
Workers at Nottinghamshire county council are set to strike on Thursday of next week after delivering a yes vote in their ballot.
Downloading PDF. Please wait...
Wednesday 16 February 2011

Workers at Nottinghamshire county council are set to strike on Thursday of next week after delivering a yes vote in their ballot.

A solid 62 percent of the 3,700 Unison union members voted to strike, it was announced today (Wednesday).

The 24 February strike will be on the same day the council votes on its cuts budget. The union has called a huge march and rally at County Hall for the day.

Tory council leader Kay Cutts—such a hardcore Thatcherite that she has a portrait of Margaret Thatcher hanging over her desk—is making some of the biggest job cuts anywhere in Britain.

Some 2,500 jobs are set to go at the council—around one in six of the workforce. So far there are 1,000 compulsory redundancies.

Yet the council is still spending millions on fat cat consultants.

Local campaigners have already held a lobby of 1,000 people against the cuts, and Unison has held a record number of workplace meetings throughout Nottinghamshire.

This has the potential to be a key moment in the battle to save the 162,000 council jobs that are under threat nationally.

It comes as tens of thousands of council workers in London’s Tower Hamlets and Doncaster in South Yorkshire prepare for their own strike ballots to begin soon.

And tomorrow, Unison in Barnet, north London, will announce the result of key workers’ vote on strikes to stop mass privatisation there.

Work till you drop? - No way, say strikers 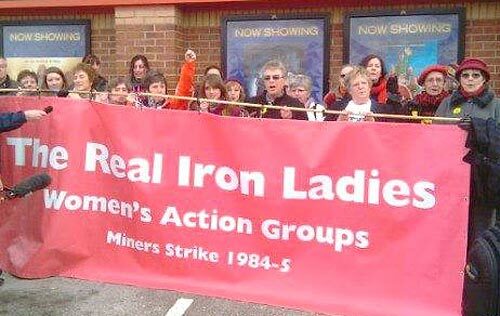