Now back the battle against victimisation

This article is over 17 years, 5 months old
SOCIAL WORKERS in Liverpool’s families and children department went back to work on Tuesday of last week after a heroic four month all-out strike was ended by regional officials in the Unison union. Before the dispute ended, we warned that the Liberal Democrat controlled council was intent on victimising us.
By a LIVERPOOL STRIKER
Downloading PDF. Please wait...
Saturday 22 January 2005

SOCIAL WORKERS in Liverpool’s families and children department went back to work on Tuesday of last week after a heroic four month all-out strike was ended by regional officials in the Unison union. Before the dispute ended, we warned that the Liberal Democrat controlled council was intent on victimising us.

On the day we returned to work, we were all forced to attend meetings. The higher managers walked in and stood behind us, while we were talked at by Duxbury, one of the inner core of bosses. He thanked the scabs twice for having worked during the strike, then said there should be no recriminations and that we should all work together to put the past behind us.

The next evening, five people got letters delivered to their homes summoning them to meetings where they were suspended on full pay for activities relating to the strike. So much for putting the past behind us!

The atmosphere inside workplaces like the Parklands office has been horrible. One person said she’d gone on strike as her caseload was unmanageable. She has been given the same caseload—plus three extra cases.

She gave in her notice immediately and was told she could leave at once without notice. Two others left the same day. The managers clearly want shot of all those who stood up to them, in the hope that those left won’t dare take them on again. We told our union officials that without a return to work agreement protecting people active in the strike, management would feel they had a green light to finish off the job of savaging the union.

We now have to launch a huge campaign to support our colleagues who are gagged by the terms of their suspension from contacting people in work.

Our branch officers held an emergency meeting last week to launch the campaign, with a petition and meetings for all stewards across the branch.

This is excellent, but the elements of caution and desperation to be “respectable” which dogged the strike still seem to be there.

We should be bombarding the media with outrage over four senior stewards being suspended along with another striker and a number of other people who refused to cross picket lines. Of course the disciplinary procedures need to be followed and care has to be taken about prejudicing possible tribunals.

But this must not mean we should hold back on hammering the council.
Messages of support for the suspended strikers to Liverpool Unison, Cotton Exchange Building, Bixteth Street, Liverpool L3 9JR.

The teaching assistants’ strike in Brighton and Hove is back on—and set to escalate. Talks between the council and the Unison and GMB unions broke down on Monday. The talks at the Acas conciliation service were aimed at setting terms of reference for binding arbitration.

The unions agreed to those terms, but the council rejected them. After a derisory employers’ offer of 0.3 weeks’ pay, Unison and GMB officials gave notice of a one-day strike across the city on Tuesday of next week.

Unison has also told the council that four schools in the city will strike for three or four days next week, with the prospect of more schools coming out later. Alex Knutsen, secretary of the council Unison branch, says teaching assistants may move to an all-out strike if the council does not back down. 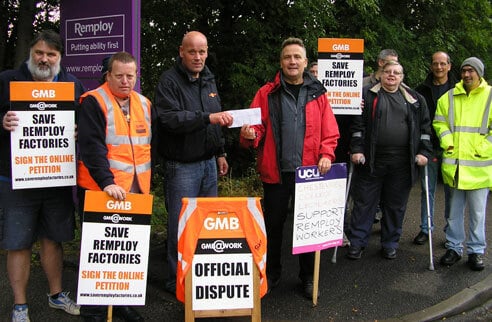 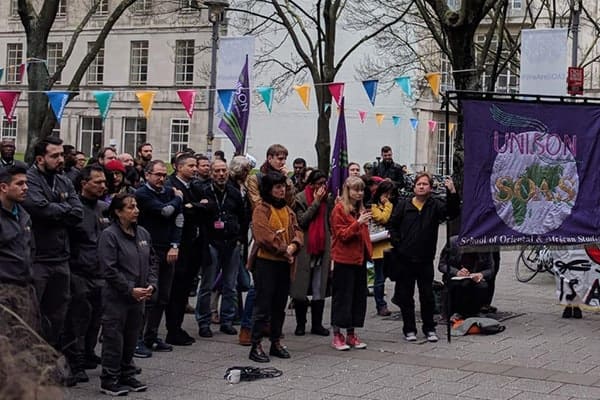 Come together against cuts