This article is over 18 years, 3 months old
THOUSANDS of nursery nurses across 17 councils in Scotland were still on all-out strike as Socialist Worker went to press. They were battling on even though officials of their union, Unison, had abandoned the key plank of their fight.
By Kevin Ovenden
Downloading PDF. Please wait...
Saturday 01 May 2004

THOUSANDS of nursery nurses across 17 councils in Scotland were still on all-out strike as Socialist Worker went to press. They were battling on even though officials of their union, Unison, had abandoned the key plank of their fight.

“All the strikers here remain totally determined as we enter our ninth week of all-out action,” says Anne Campbell from Fife. “But we are furious that the union has dropped the demand for a national pay claim. We’ve been permanently protesting outside the council offices over the last week. That should have been matched at national level. Now we have got no alternative but to fight on for the best we can get as a local deal.”

It was a similar story in Glasgow, Dundee, Renfrewshire and other areas including Edinburgh, where strikers rejected a bad local offer on Monday by 264 to four at a mass meeting.

Nursery nurses have been left to fight council by council after Unison officials decided to drop the call for a national settlement. The first that most nursery nurses heard about that retreat was from the media on Wednesday of last week. The previous day striking delegates from across Scotland had attended a national meeting in Glasgow.

Speakers from the floor firmly rejected talk of fragmenting the fight by seeking local agreements instead of a national deal. Strikers had come back after the Easter holidays as strong as ever, with no sign of the fight collapsing. They were amazed when key Unison officials contacted the media to say that from now on the union was fighting only for local deals. As the news broke on Wednesday strikers erupted in anger. The phrases “sell-out” and “stab in the back” rang through picket lines.

Dozens lobbied Unison’s national industrial action committee, which was meeting in Glasgow. Irene Lang from the Govan Family Learning Centre lobbied the meeting and said, “Nursery nurses haven’t voted to call off the national fight. I came out on strike for a national wage deal. I am still prepared to fight for one. Had the vote been taken and the majority had been in favour of a local deal I would have abided by that decision, but there was no vote.”

Marie Gordon from Pollock said, “I’ve been a nursery nurse for 28 years and I think this decision is an absolute disgrace. “The Labour Party has let us down. Labour controls the Scottish Executive and COSLA-the council employers’ body-is Labour-run. And the union is Labour-led.”

A striker in Edinburgh told Socialist Worker how she saw “divided loyalties” in one union official who is also a Labour councillor in another authority. “He really wanted this out of the way before the elections,” she said. The only option Unison’s industrial action committee had last week was to approve the report from Scottish officials, which at least gave full backing and continued strike pay for the local pay fights.

‘We’ve not stuck it out this long to accept rubbish’

BITTER disappointment with the union officials’ sell-out has vied with a sense of revolt over the last week. Around 150 strikers in Fife lined up outside the council offices to hand back a letter with details of a local offer. “It was the second worst offer in Scotland,” says Margaret Kopicki. “We’ve not stuck it out this long to accept rubbish. We should fight to match the best offer in Scotland, even though the union has put off fighting for a national claim.”

A mass meeting in Dundee faced down an ultimatum from council bosses. They had said that if an offer were not accepted that day it would be withdrawn. Well, it just wasn’t good enough,” says Jill McNaughton from Dundee. “We rejected it. Lo and behold, the council came up with a better offer on Monday. That may well be accepted. But it shows the councils are not as strong as they made out. The union did not up the pressure enough. There was no national demonstration on a Saturday that people could get to from across Britain. Delegations from Dundee raised over £20,000 by visiting London, Birmingham and other cities. But that was not encouraged by the union across Scotland. Officials in some branches who were never really in favour of the strike were left to their own devices. One great lesson from this is that it is strikers who should be in control of the dispute.”

A delegate to the nursery nurses’ national meeting said, “Loads of us have raised the idea of an STUC day of action. I think we got patted on the head. When we lobbied the STUC it became clear no such request had come from Unison nationally.”

Activists around the United Left formation in Unison did battle for rank and file control of the strike. They tried to build solidarity-and where this was done the results were overwhealmingly positive.

“We learnt a huge amount,” says Lorraine from Dundee. “But it was all new to us and we were battling against time.” Activists are now fighting to salvage the dispute. They are trying to win the best possible deals locally and coordinate their deals in the absence of an official position for an immediate national settlement. 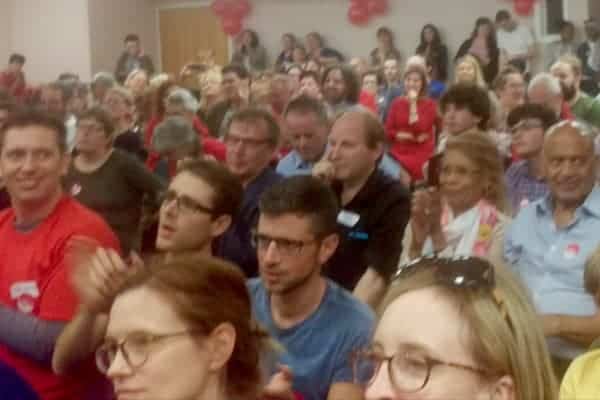