The national executive of the NUT teachers’ union met yesterday, Thursday, against the backdrop of Tory plans to scrap teachers’ national pay and give head teachers the power to determine pay.

But despite the scale of the threat to teachers, the executive failed to call the national strikes that are needed to stop the assault on teachers. This is a huge wasted opportunity and will leave many NUT activists feeling dismayed.

Christine Blower and deputy general secretary Kevin Courtney did recommended a series of campaign rallies in the new term and said that the NUT should approach other unions, including the NASUWT, to discuss national strikes next term.

But this response isn’t up to the scale of the attack. Education secretary Michael Gove plans to rip up national agreements on working conditions.

He has called on head teachers to dock teachers’ pay in response to their current action short of a strike over conditions. This is on top of a pay freeze and pension contribution rises. These attacks will weaken teachers and their unions if we don’t beat them.

That’s why the executive should have made an immediate, powerful, response to Gove’s attacks and called strikes.

The attacks on teachers is ferocious enough to demand action. But this also an issue that affects the whole working class.

If Gove beats the teachers he will confident to move on to other groups. But if the teachers fight and win then the example will boost millions who are in the firing line.

The NUT has a huge responsibility to resist. However the majority of the NUT executive rejected moves to develop a concrete programme of action starting with a one-day strike in January followed by further strikes.

A proposal to call an emergency NUT executive on 10 January to decide on an initial one-day strike was also rejected by 27 votes to 13.

The Tories are nowhere near as strong as they pretend to be. And every ballot and survey has indicated that teachers are prepared to take a stand.

An email survey reported to the executive showed that 79 percent support action even without the other main teachers’ union, the NASUWT. Reports from many school meetings suggest a mood to fight.

Teachers can beat Gove if we strike and appeal for solidarity across the working class. But we need a serious programme of strikes starting soon.

» Gove’s real agenda is to turn the clock back 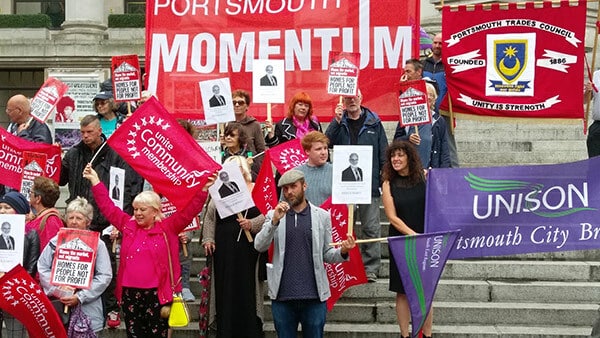