They voted unanimously for strikes – as soon as possible.

Gove plans to abolish teachers’ pay structure and replace it with performance related pay. Pay could depend on the performance of students in assessments and tests.

Teachers clearly felt that strikes were necessary as soon as possible. Many described an angry mood in schools.

Reps said that united strikes with the NASUWT union would be welcome. But they argued that the NUT should strike with or without other unions.

Some described an unevenness among schools. But these speakers also backed strikes.

Reps overwhelmingly thought that a one-day strike wouldn’t be enough.

The meeting agreed that a strike would have to be part of a programme of escalating action.

The NUT national executive committee was set to meet on Thursday of next week. It must call strikes to beat Gove’s attacks. 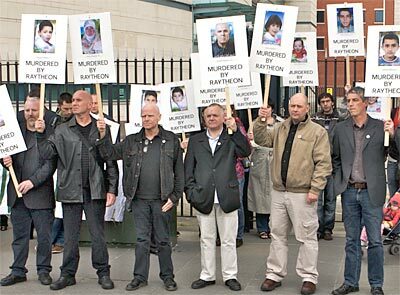 Raytheon 9 anti-war campaigners on trial for ‘crime’ of solidarity