A meeting of more than 60 students at 1pm today (Thursday) discussed the way forward and decided to occupy. The students immediately walked to the John Owens building and went into occupation. They are currently waiting for admin staff to come and speak to them.

“People want to stop the cuts to education, and universities in particular. There was a great atmosphere on the coaches on the way back, people cheered the day and made plans to not only continue but accelerate the action against cuts.”

On the coaches home students decided to call today’s meeting.

The occupiers have released a statement saying, “We are demanding that the university opens its books so that we know where the cuts will fall, how many voluntary redundancies have already been made and to highlight the fact that the vice chancellor is paid 20 times the average salary.

“The financial director has denied any cuts are planned, despite the fact that voluntary redundancies have been announced and the combined studies department has already been cut.”

And it’s not just students who have been inspired by yesterday’s demonstration. The NUT union at Islington Sixth Form Centre in north London held a meeting of 30 teachers who unanimously passed a motion supporting and congratulating students for their actions on Wednesday.

The meeting had complete contempt for the media and politicians’ attack on students and agreed that the real violence is being done to the lives of future generations.

Go to http://manunioccupation.blogspot.com/ and send messages of support to [email protected] 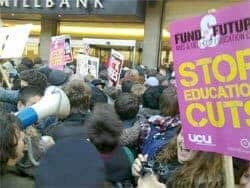 Video of students ready to march on parliament

Video - students and lecturers all together! 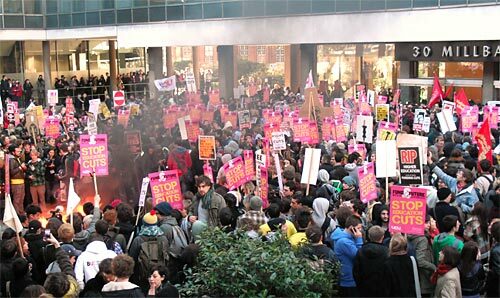 Students ignite the battle against the cuts 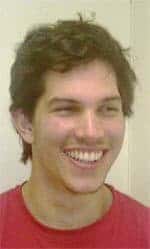