This article is over 10 years, 0 months old
Occupy London protesters camped outside St Paul’s cathedral have been told they will be evicted next Friday unless they win the right to appeal.
By Patrick Ward
Downloading PDF. Please wait...
Wednesday 18 January 2012

Occupy London protesters camped outside St Paul’s cathedral have been told they will be evicted next Friday unless they win the right to appeal.

The camp’s legal team plan to launch their bid tomorrow for an appeal at the Court of Appeal.

Dozens of Occupy London supporters gathered outside the court to wait for the decision, and around 100 packed the public gallery inside.

The judge, Mr Justice Lindblom, said in his judgement, “No one has doubted the cause, the sincerity or the passion” of the Occupy London protesters.

But, he said, “The extent and duration of the obstruction of the highway, and the public nuisance inherent in that obstruction, would itself warrant making an order for possession and granting injunctive and declaratory relief.”

But activists were defiant. Whatever happens next, the St Paul’s protest has forced the issues of inequality and social justice onto the agenda and shaken the top 1 percent of society.

“There are still three other Occupy camps in London and hundreds more globally.

“The ruling is irrelevant. We’ll pop up somewhere else and others will stay on anyway. We won’t go away and they can’t make us.’

Ann Curtis was also outside the High Court. She has been involved in Occupy since the outset.

“I’ve supported the camp all along,” she said. “It’s because I have a real problem with capitalism. The whole system’s wrong.

“Occupy is a forum for the gathering of ideas. We’ve got to figure out a better system.”

Another supporter told the crowd, “Apparently it’s more important to let people walk down the highway than it is to create a just and sustainable world.”

The camp started on 15 October, and has attracted thousands of people.

Occupy London activists continue to squat the Bank of Ideas, a disused bank building owned by a subsidiary of UBS, and Occupied Justice, a disused court in Old Street. A further camp at Finsbury Square also continues.

Dozens of other camps are still in operation around Britain. There are an estimated 1,700 camps ongoing around the world. 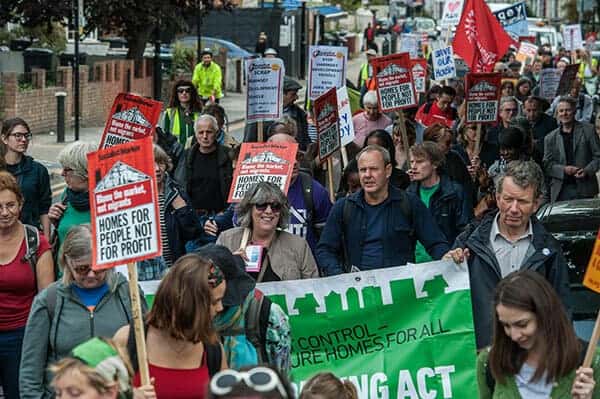 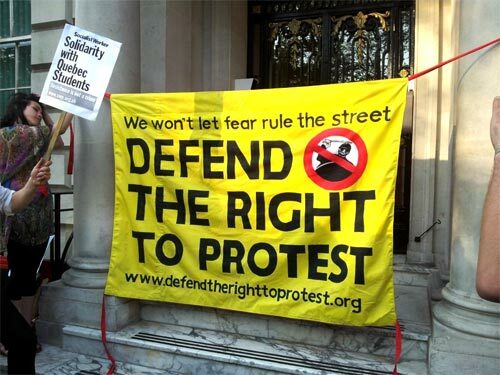