One Society Many Cultures conference

This article is over 11 years, 1 months old
One Society Many Cultures—a coalition of unions, Muslim organisations and anti-racist groups to combat the rise of Islamophobia—organised a successful conference on Saturday 11 December.
By Viv Smith
Downloading PDF. Please wait...
Tuesday 14 December 2010

One Society Many Cultures—a coalition of unions, Muslim organisations and anti-racist groups to combat the rise of Islamophobia—organised a successful conference on Saturday 11 December.

Around 200 people attended the event.

Dilowar Hussain Khan, executive director of the East London Mosque, talked about the importance of having a united response to racism.

He used the experience of the magnificent march against the English Defence League (EDL) in Tower Hamlets earlier this year to say it is vital to involve non-Muslims.

“I turned up at an organising meeting and was one of only a handful of Muslims—it felt really good to see others supporting us,” he said. “We united our community—we have made so many gains, but they can be pushed backwards, that’s why we always have to be vigilant”

Lisa Nandy, MP for Wigan, sparked a debate about “Englishness” and whether we need to take up the concerns of the “white working class”.

Salma Yaqoob, councillor and leader of the Respect Party, said this approach was a mistake. “The idea that poor white people have an identity crisis is wrong and misleading,” she said. “They feel aggrieved and buy into the drip, drip of racist ideas from the media and politicians.”

He said, “What are the white working class concerned about? Jobs, housing, education? Then don’t sell off council houses, don’t raise tuition fees, and do create jobs.

“We have to defend multiculturalism and turn attention to the conditions that drive people towards racism and fascism, and not pander to racist ideas.”

The EDL attempted to disrupt the conference, registering six people.

They were removed after refusing to leave. It is worrying that the EDL felt confident to come into an anti-racist event—but it spurred activists on in the afternoon. 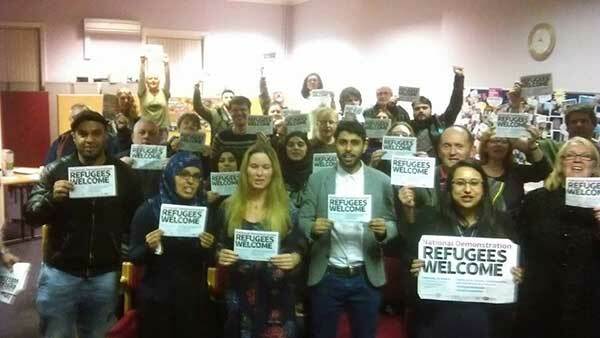 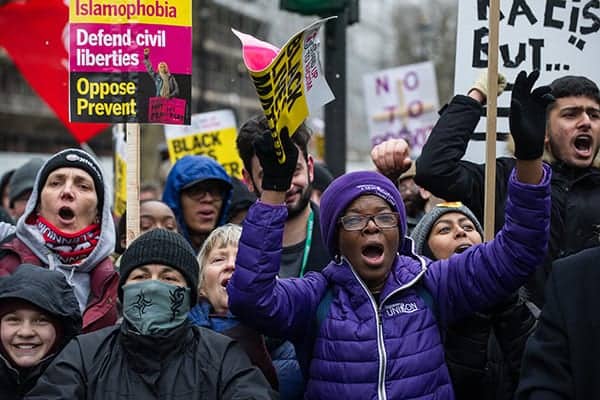 School students to relaunch School Students Against the War

More than 100,000 sign petition to stop extradition of Babar Ahmad