I was surprised to hear that Rifondazione was preparing to vote in favour of keeping Italian troops in Afghanistan, for ‘humanitarian reasons’. I want to try and convince you that this would be a serious error, just as I argued in the last century with those on the left, who supported the Soviet intervention in Afghanistan.

Big powers or surrogate states acting on their behalf have no right to occupy countries. The two big projects of the global neo-liberal order have been (1) to insist that the new capitalism is the ‘sole’ way of organising humankinf from now till the planet implodes and (2) to disregard national sovereignty as a key to international relations in the name of ‘human rights’.

A few weeks after 9/11, I debated a leading Bush ideologue, Charles Krauthammer for one hour on Canadian television. He admitted that the war in Afghanistan was as I had put it ‘a crude war of revenge.’ Three days ago the CIA disbanded its special unit created to track and exterminate Osama Bin Laden, a tacit acknowledgement that the situation had changed drastically since 9/11. So what is the function of Nato armies in Afghanistan. ‘Human Rights? Even conservative journalists in Britain (whose soldiers are being killed regularly) would laugh at any such assumption. One of them, Simon Jenkins, recently returned from a trip to Kabul and wrote a public warning to Blair:

“The debacle of Britain in Afghanistan cannot be ignored, because British troops are at risk. They were never meant to be at risk and their presence in that country has nothing to do with British security. They are sweltering and dying in Helmand not to prop up an embattled regime in Kabul, for which they are hopelessly undermanned, but to keep Nato alive in Europe, an unworthy mission…

How did the Americans induce Nato in 2004 to become Hamid Karzai’s mercenary army? What intelligence did the cabinet receive from Washington, where officials openly spoke of dumping Afghanistan on uppity Nato to teach it a lesson after the Balkan shambles?

…Every assessment I have heard suggests that the sort of  campaign envisaged by the government in southern Afghanistan would require not 3,000 or even 10,000 troops, but over 100,000. Even the latter total has failed in Iraq, and Iraqis cannot hold a candle to Afghans for insurgent fanaticism.” (The Guardian, 5 July, 2006)

There is simply no excuse for the Nato presence in Afghanistan except that of pleasing Washington. In recent weeks the killing of Afghan civilians has increased tenfold. Headlines which speak of ‘500 Taliban killed’ are deliberate disinformation. As was predicted by some of us at the time, the Afghans do not like being occupied and would begin to resist sooner or later. Fausto, ask yourself why there should be any foreign troops there at all.

That the centre left supports Nato and backs most US wars is well known. Let them do it with the support of Fini, Bossi and Berlusconi (they are, after all, of the same opinion). Why should the occupation of a foreign country be treated as a vote of confidence? And if it is the honest answer has to be: we do not have any confidence in the Nato presence in Afghanistan. For Rifondazione to vote in favour would be a tragedy for the European Left and I fear can only lead to disasters both in Afghanistan and in terms of creating an alternative in Italy. If you get into arguments such as the character of the regime that might follow a Western withdrawal you will be swimming in a dangerous sea. Don’t forget the pathetic imperial past of your own state. The invasions of Albania and Abbyssinia by Mussolini were explained by the same logic: we are taking European civilization to these backward feudal monarchic states. Regime change was not acceptable them and it should not be now.

I write as an old friend of Rifondazione. I hope I can remain one after  the vote next Tuesday.

Protest called at arrest of Joe Glenton, the soldier who has spoken out against Afghan war 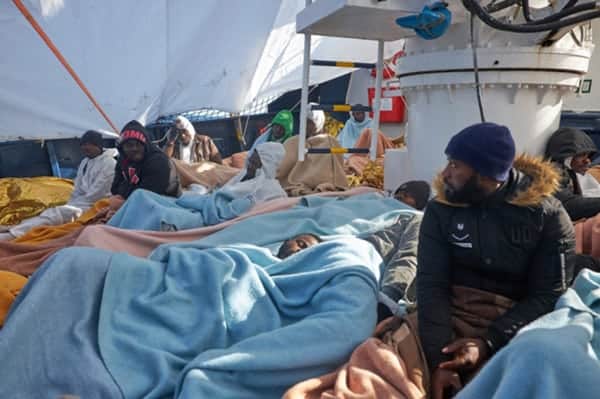 Crisis grows for occupiers in Afghanistan