AUGUST usually means the media sinking into the silly season-with tittle-tattle taking up an even greater share of coverage.

And we have, it’s true, had the weary saga of the Tory leadership contest. But the issues that are set to dominate over the next few months have not been far from the surface this summer.

Spiralling job losses, especially in manufacturing, point to further misery as the economy tips towards recession.

The key test New Labour set itself in the general election campaign-being seen to improve the NHS-is already haunting it barely ten weeks after the election. The chasm between the narrow band of ardent Blairites and the rest of us is widening over issue after issue.

Even some of those who supported Blair’s “modernisation” drive four years ago are now reeling as the gulf between the fat cats and working people becomes ever greater.

Yet Blair ploughs on. He continues to defend the Italian police and deregulation after the protests in Genoa.

His manoeuvres to back George W Bush’s mad Son of Star Wars missile plan are creating such opposition that normally tame backbench MPs say they will speak out.

All this provides opportunities for those who want to stand up to Blair and big business to build opposition and join with others.

A number of important events are already organised for the next few weeks-from the protest outside the Labour Party conference on 30 September to a demonstration against Bush’s missile scheme.

And there are major mobilisations next Saturday and on 20 October against the Nazi BNP’s attempts to feed off bitterness with Blair. There are many other local events and rumblings of discontent in industry, most obviously in the Post Office.

In every workplace, school, college and locality there are people who have gone further than anger with the government and the system.

Building the protests and mobilisations of the next few months means reaching out to those people and encouraging links between each struggle.

From that can emerge a serious left wing alternative to New Labour.

Anti-war soldier faces jail as Brown gets off 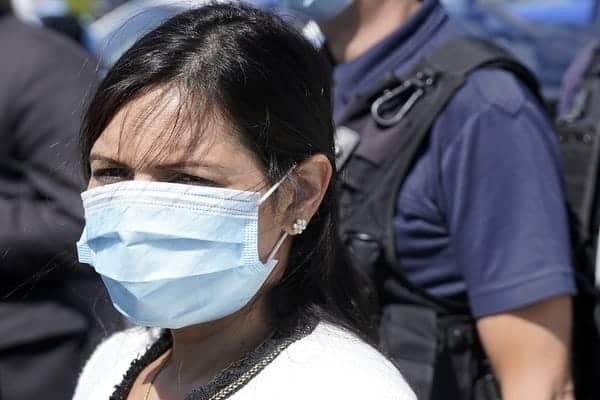