Porters in the John Radcliffe Hospital in Oxford have voted overwhelmingly to strike against bosses’ attacks on pay.

Bosses are trying to impose “static” instead of “rotary” shifts onto workers and slash the number of dispatcher jobs.

And they would have less flexibility in planning their shifts.

One of those is Imran from the Unison union. He told Socialist Worker, “One of our members was bullied, had a panic attack and ended up in the accident and emergency (A&E) department.

“We challenged management, but now we’ve been suspended.”

The full ballot results were set to be announced as Socialist Worker went to press. 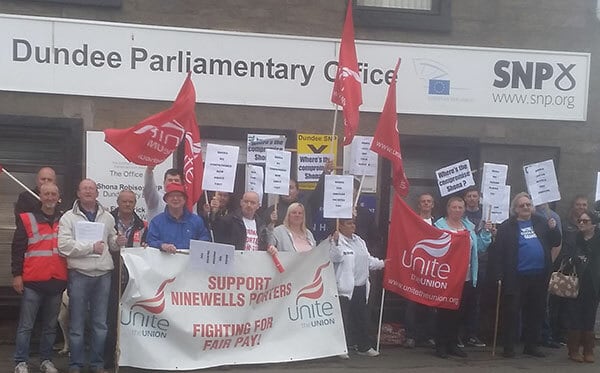