At least two activists occupied an awning above the entrance to a building housing the British headquarters of Israel’s largest arms company on Friday.

Activists from the group Palestine Action scaled the outside of 77 Kingsway, central London, where arms manufacturer Elbit is based. They also doused the door and the walls of the building in red paint.

It is the latest protest by Palestine Action targeting Elbit, which manufactures drones at a number of factories based in Britain.

The activists on the awning were supported by protesters and drummers on the street below. Palestine Action also says that firefighters who were called to the scene left without helping the cops after their FBU intervened.

The activists eventually left the awning after some seven hours and have apparently been arrested.

Palestine Action said its activists took action “in order to end the supply of UK made arms, drones, munitions and military technology to Israel.

“This tech, manufactured at Elbit’s 10 sites across the UK, is sold to Israel for the express purpose of repressing, brutalising, and killing Palestinian people.

“After being “battle-tested” (in Elbit’s words) on Palestinian civilians, it is then sold on the global market to some of the world’s most repressive regimes.” 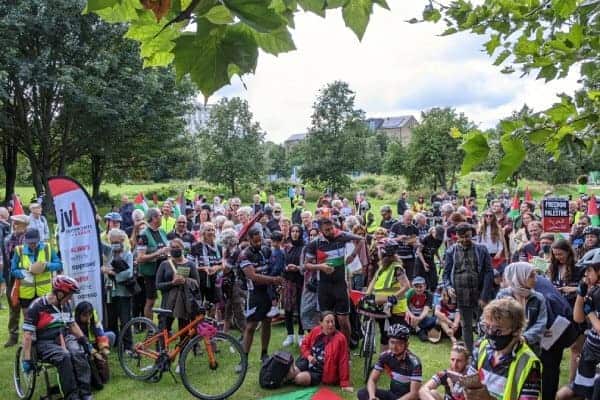 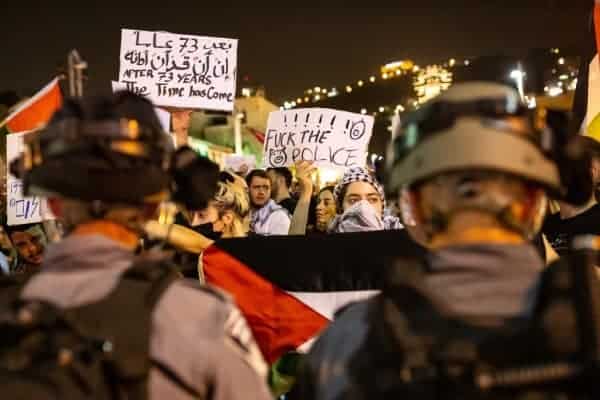 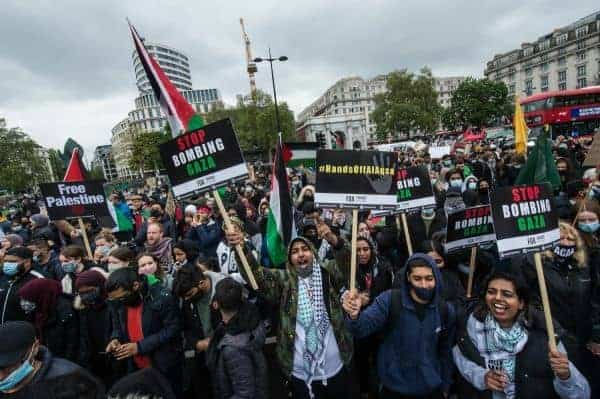