Join the protests in London, Glasgow and Cardiff to stand up to scapegoating of migrants

A new parliamentary report has found that the government is “playing into the hands of those who wanted to inflame tensions” over migration.

The report from parliament’s Home Affairs Select Committee published yesterday, Thursday, said that the government had nothing to counter a stream of untrue stories about migrants.

It said that instead of countering the lies – particularly about Romanians and Bulgarians – in the media, David Cameron rushed through legislation to make life hard for migrants.

The report notes, “The Committee has seen no evidence to suggest that there has been an increase in migration from and . It would appear rather more a trickle than a flood.”

At the same time home secretary Theresa May’s department did all it could to avoid publishing a report it had commissioned that undermined its own arguments that migrants cause problems for British workers.

And the High Court heard yesterday, Thursday, how a heavily pregnant migrant was left carrying a dead child because she was too afraid to seek help.

The woman was told she would have to pay thousands of pounds in healthcare fees to remove the dead foetus, and feared getting into debt.

Under disgraceful new “health tourism” rules migrants who have gotten into debt with the NHS for at least £1,000 will have sanctions placed on them.

The woman was frightened that by getting into debt her visa would not be renewed and she’d be separated from her husband.

All these attacks on migrants exist in the run up to the European elections in May and next year’s general election.

Aaron Kiely, NUS Black Students’ Officer, said, “The European election campaign is already being dominated by a race to the bottom with Ukip and the Tories trying to see who can win most votes by whipping up xenophobia and hostility to immigrants. The capitulation of the Labour front bench to the coalition’s vindictive new immigration law just adds fuel to the dangerous times we confront.

“In stark contrast to many other European countries, has successfully resisted the blight of neo-fascism becoming part of mainstream politics, mostly through the efforts of Unite Against Fascism.”

The government’s contempt for migrants shows the need to join tomorrow’s Stand Up to Racism and Fascism protests in , and . Join the protests tomorrow.

Assemble at , at 11am and parade through the centre of town to a rally by City Hall. 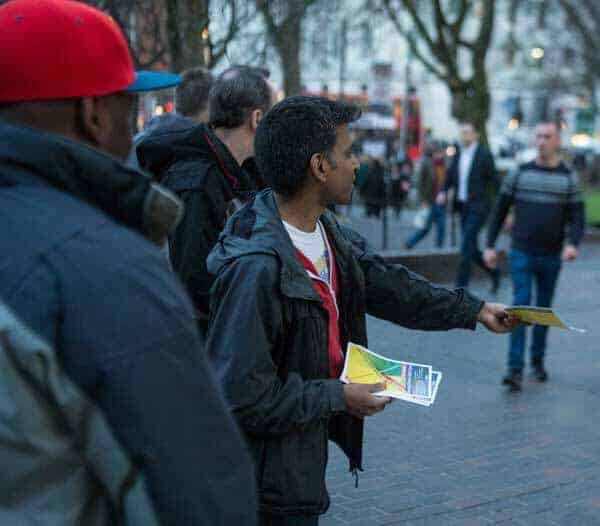