The inquest into the police shooting of Mark Duggan in 2011 heard important forensic evidence from a number of expert witnesses last week.

On Thursday of last week pathologist Professor Derrick Pounder, who carried out the postmortem on Mark,

contradicted key evidence provided earlier in the inquest by the officer who shot him.

The firearms officer, known only as V53, previously stated in the inquest that he had shot Mark first in the chest, then a second round into his right bicep.

However, in his evidence Professor Pounder said that Mark was shot the other way around—first in his right bicep, then in his chest.

He said, “My conclusion is that the first shot was to the arm, the non-fatal shot, and the second was to the chest, the fatal shot.”

When asked why his evidence contradicted that of the firearms officer, Pounder stated, “I take the view he simply got it wrong.”

Police allege that Mark was holding a weapon when he was shot. A gun was found 7.34 metres away from the scene of his shooting.

A second expert, Professor Jonathan Clasper, told the inquest on Thursday of last week that is was “very unlikely” that Mark had hurled the gun after being shot in the bicep first, as V53 claims.

He said, “I think it would impose, obviously, a great deal of pain on someone with a biceps wound. If they were to use the biceps muscle in the hand movement to throw it.”

V53 claims that he shot Mark a second time because the first round had caused the gun he is alleged to have been holding to move up and point in his direction.

Pounder told the inquest that he did not believe Mark was able to raise his arm.

Metropolitan Police fingerprints expert Jacqueline Landais told the inquest on Wednesday of last week that no fingerprints or DNA belonging to Mark were found on the gun.

Landais told jurors that there were no finger prints or DNA “attributable to Mark Duggan” on the gun or the sock.

When asked by lawyer Adam Straw, representing Mark’s family, if there was any evidence to suggest that he had opened the shoebox, she replied, “No, there is nothing showing Mr Duggan opened the box carrying the gun.” 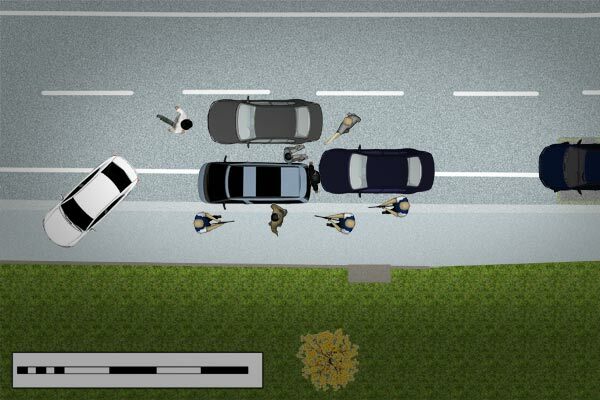