NEU delegates backed a fight for a pay rise of at least 5 percent following years of real terms pay cuts.

A motion passed also said the union must make sure that the union’s pay claim is “fully funded by the government”. Previous pay awards have infuriated teachers as they rested on taking money from school budgets.

The motion instructed the union to plan regional rallies with other unions on pay and funding. It also said the union must commit to further action, including strikes, if its demands aren’t met.

Speakers described teaching having to use food banks, leaving the profession or moving back to live with parents due to pay cuts.

An amendment passed that said the union should “prepare for a considerably higher claim in 2020, drawing on experience from the successful campaign by EIS in Scotland”.

It detailed what the union should do in order to prepare for a national strike. This includes updating membership records in the summer term, conducting an indicative ballot in the autumn and calling “a campaign of discontinuous action” to win the claim.

This says that a strike can only be legal if 50 percent or more of those eligible to vote turn out. Unions including the UCU have held disaggregated ballots on a national scale, and have then called strikes in the areas that met the turnout.

But while fighting to get some strikes as opposed to none, unions also need to defy the laws that block workers’ democratic votes to hold national strikes.

Speakers referred to a recent indicative ballot on taking action on pay and funding.

Chris Denson from the NEC said the ballot was “hard” but strengthened the union. “The organising focus meant we recruited reps across the country,” he said. “We got more organised.”

Chris also said some areas did “fantastically well” in getting a high turnout.

“If we could say that by the summer we’ve had meetings in 1,500, 2,000 schools and recruited reps we can help make the union ballot-ready,” he said.

“It won’t be easy but together we can do it.”

Ellie Sharp from Croydon described being tasked with getting the vote out in schools where no one had voted in the indicative ballot.

“Through doing this I was able to see why they had fallen out of the loop,” she said.

Some people had no contact for the union or their contact details were wrong. “All of these schools lacked a rep,” she said. “But a simple phone call kickstarted engagement.

“We need to take note of the achievements of districts such as Ealing and Brighton. We know what worked. They had lots of members, they had reps and the reps were trained and active.”

Paul Power from Haringey urged delegates to leave conference and immediately organise to get “ballot-ready”. 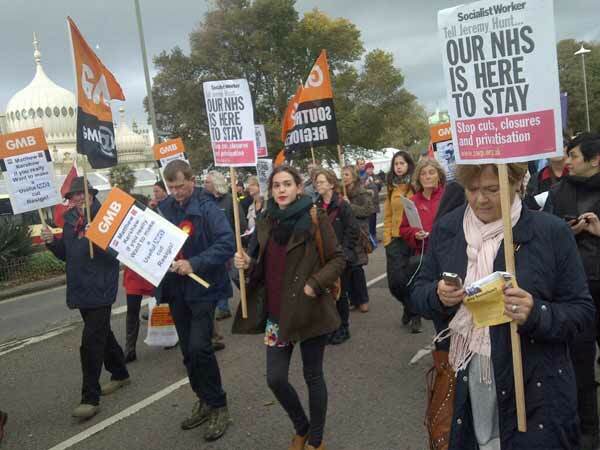