This article is over 12 years, 7 months old
The rage sweeping the working class in Britain over job cuts and the MPs’ expenses scandal was clear to see at the PCS civil service workers’ union conference in Brighton last week.
By Matthew Cookson
Downloading PDF. Please wait...
Tuesday 26 May 2009

The rage sweeping the working class in Britain over job cuts and the MPs’ expenses scandal was clear to see at the PCS civil service workers’ union conference in Brighton last week.

Speaker after speaker denounced MPs and ministers, who are their bosses, for attacking workers and slashing public services while grabbing as much cash as possible for themselves.

To applause, Charlie McDonald from east London said, “Society is more unequal now than it was under Margaret Thatcher, which tells you all you need to know about New Labour.

“I’m all in favour of targeting benefit cheats – there are 600 odd of them in parliament.

“If you claimed more than you were entitled to from the Department for Work and Pensions you wouldn’t be able to just come into an office and say, ‘Sorry I’ve made a mistake’.

There was a clear understanding among delegates that civil service workers are in the frontline of the battle to defend public services.

The government wants to cut £15 billion in public spending to help pay for the £1.4 trillion it has spent in guarantees and bailouts for the banks.

This will mean cuts in pay, jobs and services. Delegates voted to oppose any attempts to cut jobs, wages and services and to fight attacks on their conditions.

“The government wants staggering cuts in public spending, while the banks have received help only to pay out massive bonuses to the bosses,” said Declan Power from west London.

“Never has so much been given to so few for so little. Now the bosses are calling for pay restraint, but they should start with the rich.

“We need to fight the cuts and oppose the greed that led to this crisis.”

Delegates voted for a united fight across the trade unions in defence of public services. They made it clear that they want a fighting response to the crisis.

Nick Hemming from Northamptonshire said, “We are in the midst of the battle to defend public services from the hatchet wielders committed to cuts.

“The fall out from the crisis includes a wave of attacks on public services.

“Workers will be at the sharp end of this – doing more and getting less.”

Kate Douglas from Oxford told the conference, “There are many more horrors to come, including privatisation and attacks on pay. Thousands more will be pushed onto the dole.

“But the movement against the war, and the fightbacks by workers at Waterford Crystal in Ireland, Visteon and other places show how to win. There is a lot of anger.

“We need to tap into this to ensure that we don’t pay for the crisis. All trade unionists need to unite to fight.”

Some looked to the militant tactics used by groups of workers across Europe as a way to fight attacks.

“If the French can kidnap their bosses when they get job losses then so can we,” said Joel Hirsch from central London.

“I know it’s difficult. Most of us don’t like our bosses and don’t want to spend any more time than necessary with them.”

Anna Owens from central London said, “After the scandal of ‘Expensesgate’ MPs are as popular as swine flu if they lecture other people about their illegal behaviour.

“The national executive should be calling for national industrial action over privatisation, which would win massive support from other people.

“Revenue & Customs is planning 200 office closures. If workers occupy any of those offices to keep them open, just as the Visteon workers did at their plants, they should be supported.

“The government is up to its neck in horse manure, and the union should keep up the pressure.

The UCU and NUJ unions are backing a demonstration for jobs at the Labour Party conference on 27 September. We should support them.”

Union members now have to prepare for the battles to come. 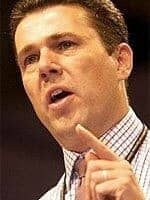