This article is over 15 years, 3 months old
Around 1,000 people attended a lobby of parliament this morning over state pensions.
By Kelly Hilditch
Downloading PDF. Please wait...
Saturday 28 October 2006

Around 1,000 people attended a lobby of parliament this morning over state pensions.

The lobby was organised by the National Pensioners Convention (NPC). The NPC is highlighting the fact that the government’s plans to raise the level of the state pension by restoring the link with earnings by 2012 will come too late for the 2.5 million pensioners currently living below the poverty line.

Up to 3 million older people will die before the changes come into effect.

“I’m glad that the government has said that it wants to do something but it really is too little and it will be too late for many of us.

“At the moment there is this fight between Labour and the Tories about whose fault it is. Why don’t they just do something about it?

“We have all worked and paid our taxes, but now we are treated like a problem.

“The truth is that the government has said it will restore the link with earnings in 2012 “so long as it’s affordable”. What does that mean? How many pensioners need to die in poverty before it’s seen as affordable?”

The NPC is calling for the for pensions to be increased immediately from £84.25 to £114 a week. 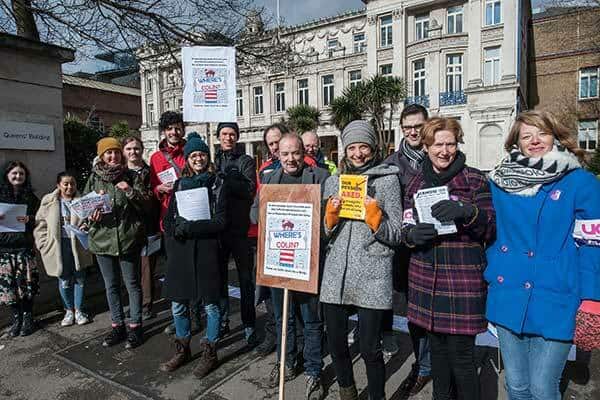 The pensions fight is back on