“People should come first, not profit. This is our hospital. It’s not for the private firms”

‘People should come first, not profit. This is our hospital. It’s not for the private firms’

“WE’VE HAD 18 years of the Tories ripping us to pieces. We voted Labour because we thought they’d save the NHS. They never said they would sell off our jobs.” That angry comment came from Mick, one of the porters on the picket line at Russells Hall Hospital, part of the Dudley Group of Hospitals in the West Midlands.

He is one of 600 workers in the low paid NHS support services who began a four-day strike on Tuesday to stop the privatisation of their jobs through the Private Finance Initiative (PFI).

“It’s about the way we’re being treated,” adds Lisa, a laundry worker. “The men in suits come round the hospital, they look at you like dirt and then they want to take your job away.” Those men in suits are part of New Labour’s plan to ram through more private control over the NHS.

They want to let the market and the profiteers run riot in the health service. These health workers know it and they are fighting back. Wendy, a catering worker, says, “People should come first, not profit. This is the people’s hospital, not the trust’s or for the PFI.”

Joy, a laundry worker and union rep, says, “If PFI doesn’t work, are they going to lay off nurses and start charging patients? Privatisation is happening everywhere-prisons, air traffic control-that really drives me mad. These jobs shouldn’t be for profit.” The porters, domestics, caterers and laundry workers all stood united and determined across three lively picket lines.

They were constantly boosted by car horns tooting loudly in solidarity from other workers driving past. Joanne is one of the many pickets whose partner is also out on strike. “My husband is a porter and I work in sterile services. “There is financial hardship with us both being on strike but it’s something we have got to do.”

If the PFI plan goes through some 70 beds will be lost. Dudley workers know similar cuts could be repeated around the country unless the government’s PFI projects are stopped. “What happens here is the future in the NHS for everybody,” warns Mick, “so we want people to support us all the way.”

THE STRIKE is winning wide support, locally and around the country. More workers are getting involved. Around 500 workers took part in the ballot for strike action which started a few months ago. Now there are around 600 on strike as people have joined the union. “It’s been really brilliant,” says Mark, the joint branch secretary. “I reckon around 400 strikers have already been involved in picketing, petitioning, and coming on the demos.”

Workers in the Dudley hospitals who have not been called out on strike have circulated a letter addressed to the chief executive, Paul Farenden, arguing why they are behind the strikers.

It says: “Although we have not been on strike ourselves as non-members of UNSION, we would like to make it absolutely and irrefutably clear that we all fully support those who have chosen to take strike action. “We also make the point that we joined the NHS because we wanted to be NHS workers and do not wish to work for the private sector.” 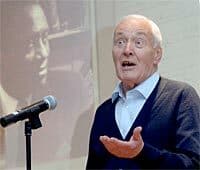