Physiotherapists: ‘We have trained but now there are no jobs’

This article is over 15 years, 5 months old
The latest group to be caught up in the NHS funding crisis are physiotherapists. The Chartered Society of Physiotherapists has revealed that nine out of ten graduating physiotherapists do not have jobs lined up. Joseph Choonara spoke to two graduates w
Downloading PDF. Please wait...
Saturday 29 July 2006

I’m 33 and I gave up a professional career, working as an environmental health officer, to become a physiotherapist.

I always wanted to do physio, I wanted to work hands on in health without the blood and gore. I liked the idea of helping to rehabilitate people.

So I gave up a flipping good wage in order to go to the University of East Anglia and train for three years. I worked part time in a restaurant to fund my way through university, even though physio is such an intensive course and requires students to do placements away from home.

I would have expected to have had a job when I graduated. On the first day they told us, “Have no fear, physios are in great demand, you’ll find work unlike many of your fellow students.” There is still a shortage of physios in the NHS.

But there are very few jobs to apply for. I’ve applied for 13 jobs so far. I live in Norwich and I initially wanted a job locally, but then I started looking further afield. Now I’m just looking everywhere.

I heard about a six-month temporary contract in King’s Lynn, where apparently 1,000 people applied. They are closing applications on the day they open, or only taking the first ten applicants or the first 25.

The financial situation in the NHS means that trusts are forced to make savings – which means cutting the number of posts.

Right now I’m working in two different restaurants while I try to get something.

I’m 23 years old and I wanted to do physiotherapy from the age of 16. I used to be a rower and injured my back – that was one of the things that inspired me to go into physio.

I assumed that when I graduated people would be fighting to employ me because physios were in high demand.

But in the last years it has become apparent that jobs are not available. I’ve been applying all over the country – I think I’ve applied for about 15 jobs.

I was shortlisted for one job but they wrote to me and said they were no longer interviewing. I phoned to ask why and they said they found out there wasn’t any funding for the post.

One post had 300 people applying in just two days.

Everyone I’ve spoken to says there just isn’t funding. Junior posts should come up, but junior physios are not being allowed to move to senior posts.

Physiotherapy is a very competitive course to get onto and it costs about £25,000 per student. I think the taxpayer paid about £73 million last year to train physios.

I find it odd that Tony Blair says he’s putting all this money into the NHS but my local hospital in Eastborne is millions in the red and faces the threatened closure of the accident and emergency ward.

I’d still like to go into physio, but now I’m having to look at other jobs too.

Unison, the largest health union, was set to propose a series of actions to defend the NHS to other unions meeting at the TUC on Wednesday of this week.

This was expected to include a day of local action in September, a lobby of parliament in October, and a series of regional actions towards the end of the year. The plan would culminate in a national demonstration early in 2007.

Labour boasts of the extra funding it has given to the health service, but that money is pouring into the hands of private contractors or is cancelled out by the costs of the bureaucracy put in place to deal with the internal market. 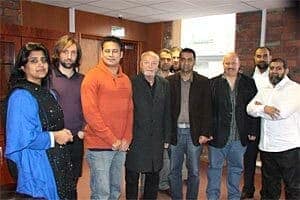 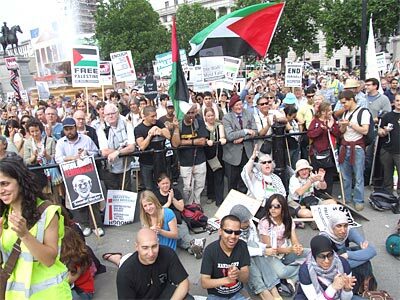 Photos of the Enough! demo 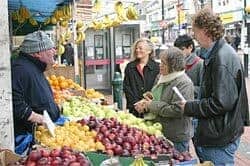