Junior doctors walked out across England today, Wednesday, in their second ten-hour “full walkout” determined to resist the imposition of a dangerous new contract.

As with the first day, London was full of lively and confident picket lines and solidarity has buoyed junior doctors’ confidence.

Craig was on the 20-strong picket line at the Royal London Hospital in east London. He said, “We’re just as determined to push back the imposition of a contract that’s not fair or safe. We’ll do what it takes.”

Junior doctor Louisa added, “It’s been overwhelmingly positive, with support from staff and people walking past.It reaffirms why we’re out”. 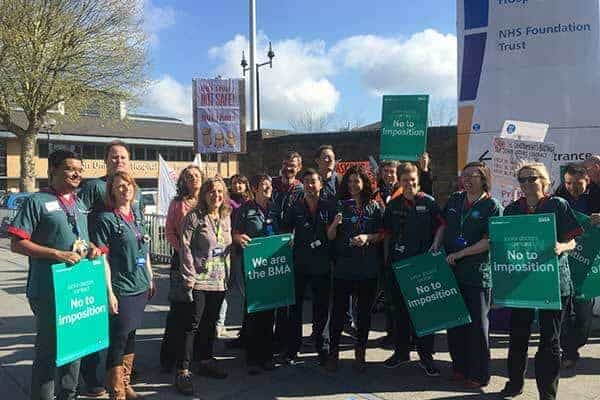 Fran, a junior doctor at the University College Hospital (UCH), said, “We’re incredibly grateful for the support we have. It’s great when reps from other unions show up.”

But consultants provide emergency cover in their place. It is the Tory attacks that are putting patient safety at risk.

Louisa said, “It was a difficult decision for people to take, but I felt confident knowing my patients were safe with the consultants.

“This is part of a long term strategy to protect patient safety over the coming years.”

Across England there was a sense of growing participation and solidarity. 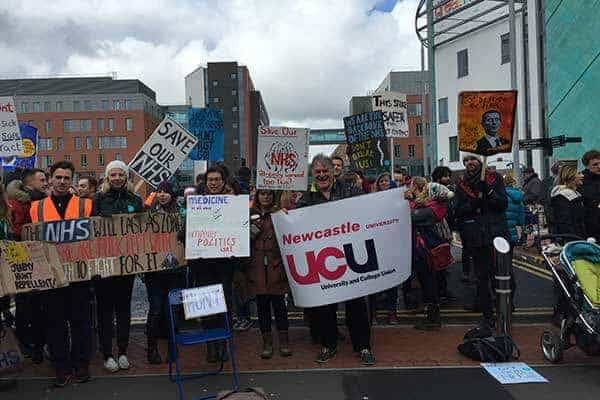 At the Royal Victoria Infirmary in Newcastle spirits were high, nurses and consultants brought support to the picket line. Doctors were talking about escalating to continuous action.

The strike was solid at Trafford General in Manchester—the first hospital to be run by the NHS, now under threat of closure. 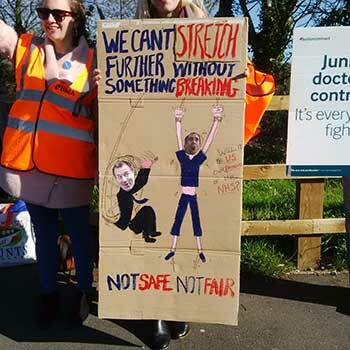 In Lancaster supporters swelled the picket lines to around 40 people. Doctors were keen to hear from teachers who will soon be balloting for strikes and could join them in future walkouts.

The PCS and FBU unions have written a letter to the TUC, which meets today, urging it to call a national day of action.

Yannis Gourtsoyannis sits on the BMA’s junior doctors’ committee. He told Socialist Worker, “We’ve had an excellent participation rate with 80 percent of junior doctors out of work.

“The fact we managed to organise the march with the NUT teachers’ union shows that our relationship with other unions is changing.

“It was also important to have Jeremy Corbyn and John McDonnell lead it.”

With Hunt shaken but not backing down, it’s now down to the BMA to call more action—and the TUC, union leaders and Labour to offer practical solidarity. 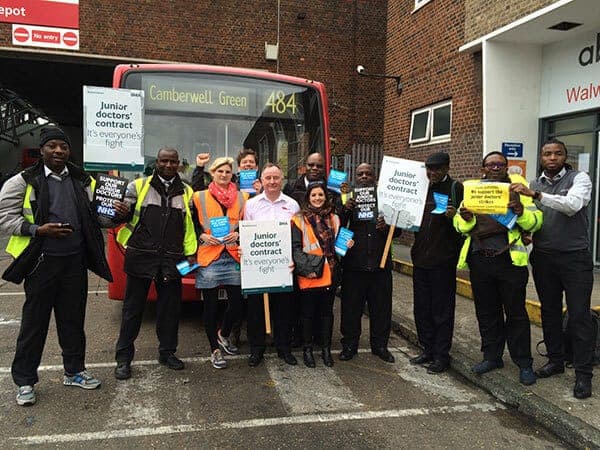 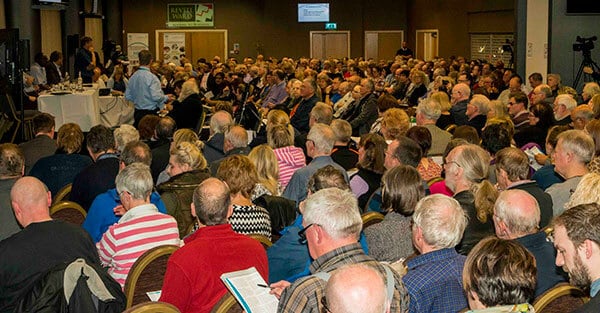 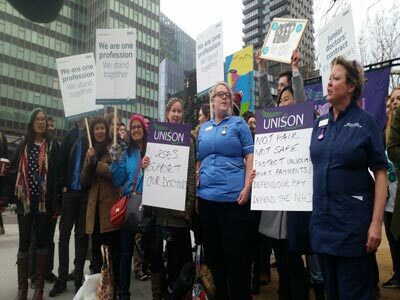 All health unions must join the junior doctors' fight 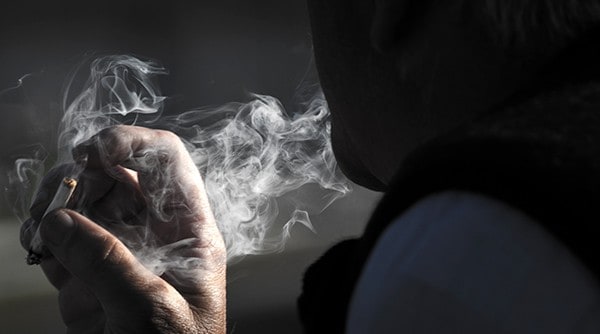 'Health rationing' as a cover for cuts 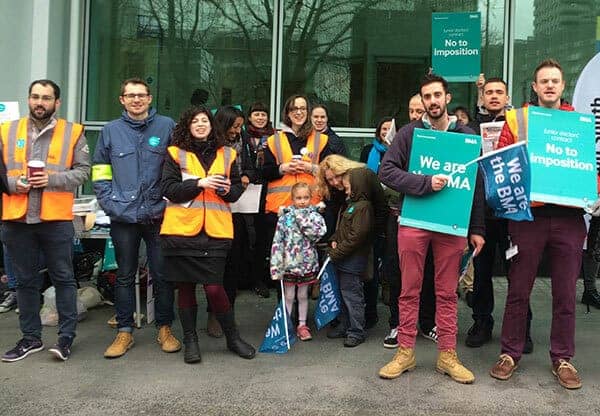 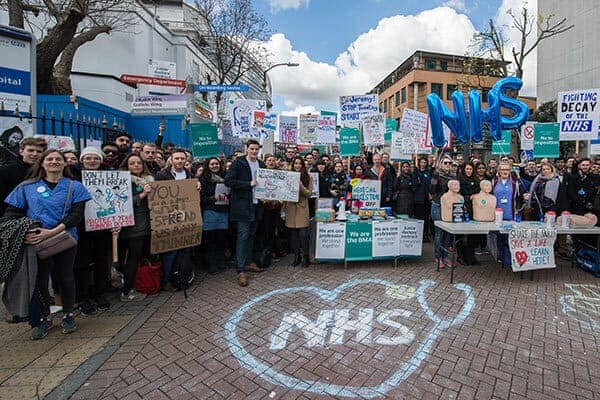 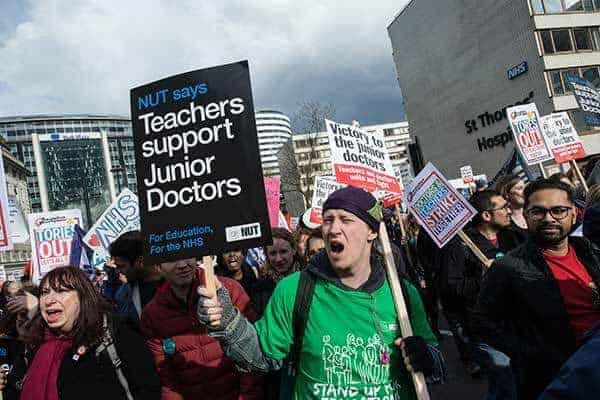