The debate around cannabis is once again in the spotlight. The government’s Advisory Council on the Misuse of Drugs (ACMD) last week started a review of cannabis classification, the third such review in six years.

Cannabis was downgraded from a class B drug, that can result in a five year prison sentence, to class C, which has a maximum two year sentence.

Superficially Gordon Brown called for the review because of emerging evidence of cannabis health risks and the increasing prevalence of the more potent and risky “skunk” cannabis. But the political context cannot be ignored.

This first re-review of the classification of cannabis in 2005 was announced publicly by Charles Clarke just two months before a general election – traditionally when the main parties showcase how “tough” they are on law and order issues.

The Tories were making political capital by deploying cliches about the government “sending out the wrong message” and being “soft on drugs”.

They had proclaimed their support for a move back to class B. Meanwhile the Liberal Democrats were taking flak for their “soft” drugs policy – which calls for legalisation and regulation of cannabis in the longer term – from both of the other main parties.

Clarke’s call for an ACMD review effectively neutralised political attacks – and conveniently kicked the cannabis issue off the political agenda until well after the election.

It seems no coincidence that the reclassification issue then reappeared in the run-up to an expected general election in autumn last year.

This was an almost exact mirror of the experience from three years earlier, except this time around it was announced by the new prime minister rather than the home secretary.

It appeared the announcement was part of an attempt to draw a line under some of Tony Blair’s more controversial policy initiatives while establishing Brown’s “moral” credentials with conservative voters and the media.

Cannabis classification has become a political football. Its symbolic importance vastly outstrips the policy relevance of what is a fairly minor tweak to enforcement practice.

Away from the sensationalist media coverage, scaremongering and moral grandstanding, there is no evidence to show that increasing criminal penalties for a given drug is associated with a fall in use or overall harm.

But it is often the case that increasing penalties will have unintended negative consequences. For cannabis, these push the market towards ever more potent and profitable strains and lead to the criminalisation of young people.

Current policy thinking also fails to make a distinction between the problematic and non-problematic use of cannabis.

It fails to distinguish between the harms caused by cannabis use, and those created or made worse by a punitive enforcement strategy, and the illicit activity it generates.

The entire classification system is fundamentally flawed. The harm a drug does depends on the nature of the user, the dose of the drug consumed and the method of consumption.

Translating generalisations about harms to an entire population into penalties for individuals is unscientific and unjust.

It cannot be ethical to increase the penalties for the majority because a small proportion of users experience difficulties or mental health problems.

Criminal law is supposed to prevent crime, not “send out” public health messages. When this has been tried it has been spectacularly ineffective, as the increase of cannabis use over the last 34 years demonstrates.

Moreover it has been counter-productive, making drugs more dangerous, while fostering distrust of public health messages among young people.

The aim of drug policy should be to reduce the harm drugs cause. Current policy is failing to do this. Only by rational consideration of prohibition’s failure, and of the policy alternatives, can we take positive steps toward this goal.

In the short term this is unlikely to happen. It seems likely that the ACMD will re-assert its support for cannabis being in class C – and equally likely that the government will overrule them and move it to class B regardless.

This would be a victory for the tabloid agenda over science and reason – but in the emotive arena of drug policy, it’s the same old story.

Steve Rolles is a spokesperson for the Transform drug policy foundation. For more information go to » www.tdpf.org.uk 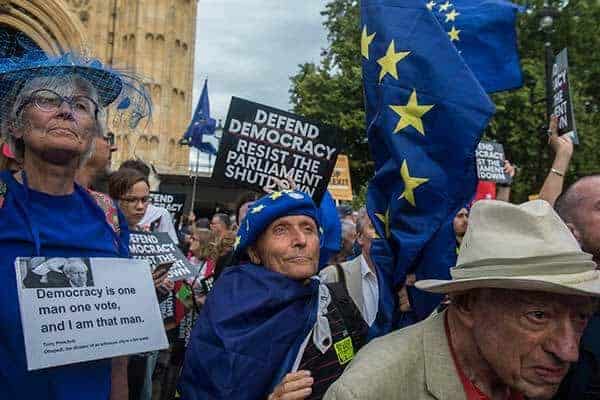 BBC workers to ballot over cuts