This article is over 19 years, 2 months old
AROUND 50 council gardeners walked out on Monday of last week in Hackney, east London. They were protesting against the council's plans to push through job cuts while increasing the use of agency staff and the number of managers - who are also receiving pay increases.
Downloading PDF. Please wait...
Saturday 02 November 2002

AROUND 50 council gardeners walked out on Monday of last week in Hackney, east London. They were protesting against the council’s plans to push through job cuts while increasing the use of agency staff and the number of managers – who are also receiving pay increases.

The gardeners went in a convoy to the town hall to confront the head of the department. Gardeners voted unanimously at a mass meeting for a work to rule and a ballot for a strike.

AROUND 50 people joined a picket outside South Africa House in London on Tuesday of last week in solidarity with Trevor Ngwane and 86 other activists. The 87 were to go on trial on charges of ‘public violence’ for demonstrating against water and electricity cutoffs.

When the accused went before the court the next day the case against them was postponed for the fourth time. The government is reluctant to drop the case because it would be a victory for the anti-privatisation movement. The case has now been scheduled for 22 January.

THE 70 strikers from Glasgow’s Homeless Persons Unit have returned to work after two weeks on the picket line. They decided to return to work at a mass meeting after Glasgow council offered new talks.

The strike was held when the council threatened to stop recognition of the specialist skills workers in the unit have. A significant number of strikers felt they should have stayed out because their action was beginning to bite. These workers have pledged that if negotiations break down they will strike again.

Driving towards a slick strike

OIL TANKER drivers have voted to take strike action over pay, pensions and working hours in an indicative ballot. Representatives from across a range of oil and distribution companies met to discuss an industry-wide campaign.

They are demanding a £12 an hour minimum wage, improvements to pensions and a cut in working hours. The drivers are members of the TGWU union. Danny Bryan, TGWU national secretary for transport, said, ‘The drivers are a determined group. In the consultative ballot there was 97 percent support for calling strike action if that proved the only way to advance the claim.’

Out to stop the homes transfer

HUNDREDS OF council tenants in west London are being balloted over the transfer of their homes. Around 650 homes in the Havelock estate, Southall, are being asked to transfer their tenancies to the Presentation Housing Association. Defend Council Housing activists have been out leafleting.
Clarence Jackman 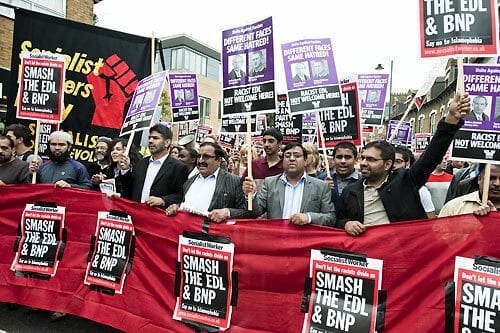 Stop the racists in their tracks 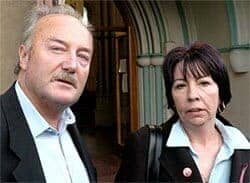 Irene Stanley: ‘We will keep fighting for justice’