JUSTICE DAVID Poole’s remarks on Monday of this week effectively signal to victims of racist attacks that they will have an uphill struggle to get full justice from the British courts. Poole ended the trial of the Leeds United footballers accused of attacking Sarfraz Najeib because of a newspaper article.

In doing so, Judge Poole attacked the Macpherson report’s definition of a racist attack. The Tory papers picked this up with glee. They call Macpherson’s definition a politically correct “mantra”. The definition says that the police should treat as racist “any incident which is perceived to be racist by the victim or any other person”. Macpherson, himself a retired high court judge, coined this definition to force the police to take racist crimes seriously.

The murder of Stephen Lawrence showed clearly how they did not. All Macpherson’s definition means is that the police should investigate allegations of a racist motive if the victim or bystanders claim there was racism.

So if a victim says, “He called me a black bastard as he hit me,” the police should look at that as a motive for the attack. If the police weren’t forced to do this, they would treat every racist attack as without a motive.

As Macpherson himself said on Tuesday, he had to act to stop the police “sweeping these kinds of incidents under the carpet. There was a sense that the police were not taking allegations of racial incidents seriously, and that was something that needed to be addressed.”

But this is too much for Judge Poole. He said on Monday that the definition is “entirely subjective”. He went on to say that “it is not for this court to enter into a debate on the merits of the report…[but] the risk of police using that definition in the absence of evidence has the potential for causing serious mischief and ought to be reconsidered”.

Poole talks about the Macpherson report as though the courts are clogged up with prosecutions of racist thugs. The REAL picture is the opposite. For decades the police and the courts have ignored racist crimes. After Poole’s remarks people will rightly be asking, “How much evidence does there have to be before the courts take racism seriously?”

Listen to the victims

INDONESIAN-born Jan Passalbessy was kicked to death by a racist gang in a hospital car park in Gwent, South Wales, last year. His stepdaughter, who had been racially abused earlier the same day by the same gang, told the murder trial that followed, “The 16 year old [attacker] was calling my father names like nigger.”

Despite this, the judge in the case, Justice Richards, said, “I am not satisfied that this was a racially motivated attack”, even though he agreed that Passalbessy had been taunted with racist comments. Justice Richard’s remarks imply that you would literally have to prove what an attacker was thinking at the time before a murder could ever be considered racist.

Richards could not explain the ferocity of the attack that left Passalbessy dying on the ground. Pasalbessy’s stepson said after the trial, “If Jan had been white he would be here today. There may have been a bit of a fight, but he wouldn’t be dead.”

TOO FEW cases of racism are brought before the courts, not too many. In 1997 the police recorded just over 13,000 racial incidents from all ethnic groups in England and Wales. But the British Crime Survey’s figures, regarded as the most accurate measure of crime, claim there were 382,000 racist offences.

Racism extends into the Crown Prosecution Service (CPS) and the judiciary. In 1997 the CPS prosecuted just 1,151 cases containing “admissible evidence of racial motivation”. Even out of this small figure the CPS failed to bring the racial element to the attention of the court in one out of seven cases.

The British Crime Survey says that the reason for the gross mismatch is a combination of under-reporting by the police and a reluctance on the part of black people to go to the police in the first place.

The reputation of the police is so bad that figures show that the MORE likely an ethnic minority is to suffer racism, the LESS likely they are to bother to go to the police to report it.

Even where a racial element was proved, figures show that judges increased the sentence in just one in five cases. This picture is still the same despite the creation in 1998 of the new category of “racially aggravated crime”.

DURING THE court case Leeds player Michael Duberry admitted he was advised to lie by his expensive hotshot lawyer Peter McCormick. McCormick is also a director of Leeds United and responsible for team discipline.

“I told him I wanted to change my story,” Duberry told the court, “but he advised me not to. He said, ‘Stay with the same statement and stick with it’.” Duberry also told the court how one of McCormick’s legal advisors “said if I changed now I would be done for perjury”.

BLACK PEOPLE still face institutionalised racism at every turn, eight years after the murder of Stephen Lawrence and two years after the Macpherson report. Home Office figures for 1998 show that:

Smears and cover up

SOME OF the press and the establishment tried to launch a backlash against the Macpherson report as soon as it was published. Both the Daily Telegraph and the Daily Mail described it as, “Stalinist”, “Hitlerite”, “totalitarian”, “McCarthyite”, “Orwellian”, and even “one of the worst things that have happened to race relations in this country”.

Within weeks of the report’s publication the Tory press were running stories saying that the police are now afraid to tackle “black crime”. Woking Tory MP Humphrey Malins said in parliament, “The Macpherson report is another example of 5 percent of the population making 95 percent of the laws.”

Tory leader William Hague has repeatedly attacked the report, even saying last December that the death of black schoolboy Damilola Taylor could be laid at the door of the Macpherson report. These are wild slurs designed to do one thing only-cover up racism.

Not a new definition

THE DEFINITION of a racist attack recommended by Macpherson is not a new one, whatever Judge Poole thinks. A 1982 Metropolitan Police force order defined a “racial incident” as, “Any incident in which it appears to the reporting officer or investigating officer that the complaint involves an element of racial motivation, or any incident which includes any allegation of racial motivation made by any person.”

Who does Justice Poole think he is?

WHAT DOES Justice Poole know about life for ordinary black people?

JUDGE POOLE halting the trial does not mean that Bowyer and Woodgate are cleared. They will now face a retrial later this year. They may be allowed to continue to play for Leeds.

But the Football Association has said that the pair “are not eligible for selection to play for England until the conclusion of the legal process”.

WHY DID Macpherson recommend that the police are forced to treat racist incidents seriously?

He did so because key officers in the investigation of Stephen’s murder still refused to contemplate it was racist when they were questioned by the inquiry team.

This was despite the fact that the only words uttered to Stephen by his killers were, “What? What? Nigger.” For example, Detective Sergeant John Davidson told the Macpherson inquiry, “I do not think in my own mind that this was a racist attack. I still refuse to recognise it, sir. I am very surprised that anyone knows it is…because it has never been cleared up.”

Davidson also said, during the interrogation of suspect Gary Dobson, “Personally I don’t think it was a particularly racist attack-from what I’ve found out about you and your gang the bloke could have been yellow, green, blue, black or white.” 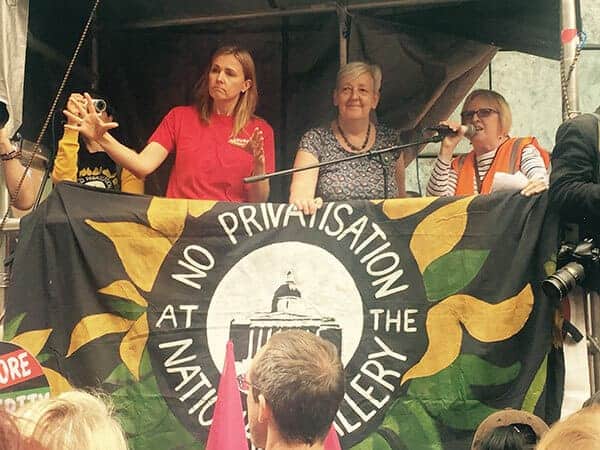