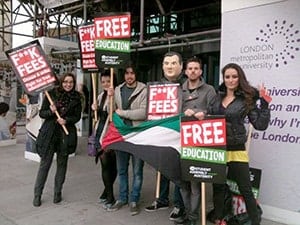 The cops sprayed protesters with CS spray and threatened the use of tasers. They claim they were responding to reports that a member of university staff had been assaulted.

But students say their sit-in was peaceful until police arrived.

The Student Assembly Against Austerity released an online statement in solidarity with the Warwick protesters, calling on university management to “support the right to protest.”

The occupation was part of a national day of action demanding free education, where actions took place at up to 16 universities.

As many as 1,000 people protested at Warwick on Thursday of last week, leading to another occupation.

More protests were held last Saturday. In Brighton, around 400 people from Brighton and Sussex universities marched through the city centre.

They blocked traffic and targeted tax avoiders such as Topshop and Starbucks along the way.

Abbie from Sussex University told Socialist Worker, “Police said that we were causing trouble. But we’re not doing this for a laugh—this is a big deal.” 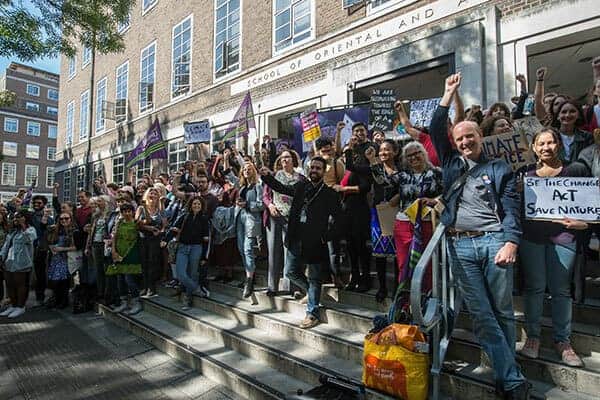