This article is over 11 years, 3 months old
What links the murder of a private detective with an axe 25 years ago, corrupt Metropolitan police officers, and David Cameron? The answer is Rupert Murdoch’s News International.
Downloading PDF. Please wait...
Tuesday 15 March 2011

What links the murder of a private detective with an axe 25 years ago, corrupt Metropolitan police officers, and David Cameron? The answer is Rupert Murdoch’s News International.

The latest set of revelations in the phone-hacking saga come with the collapse of the murder trial concerning a man killed in a London pub car park in 1987.

Jonathan Rees, a private investigator who served a seven‑year jail term for perverting the course of justice, was employed by the News of the World to get corrupt police officers to supply confidential information on famous people.

Danny Morgan was found dead in Sydenham, in 1987.

The murdered man ran Southern Investigations, a private detective agency, with Rees as his business partner.

Police have investigated Morgan’s murder five times. The most recent ended on Friday, with the acquittal of Rees and four others.

Rees was paid up to £150,000 a year by the News of the World to supply illegally obtained information.

Police corruption lies at the heart of the case and its collapse. A raft of police officers took money to get evidence for the tabloids. Some were involved in large scale drug smuggling.

Rees, who had worked for the paper for seven years, was jailed for planting cocaine on a woman in order to discredit her during divorce proceedings. After his release, Rees was rehired by the News of the World.

News International’s chief executive, Rebekah Brooks, and the former Downing Street communications chief Andy Coulson both edited the News of the World while Rees worked there.

Both have always said they knew nothing about the phone hacking. Both are friends with David Cameron. The police attempted to limit their investigations into extensive phone tapping.

A number of MPs abandoned investigating the scandal out of fear that they would be got at by the Murdoch press.

The scandal of how the tabloids got their stories reveals how Rupert Murdoch’s press pressures MPs into silence—and the way the police help the powerful.

Battle to stop the threat to Edinburgh’s public housing 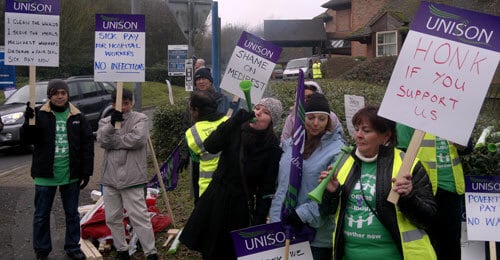