Police given a new gadget to snoop on your mobile phone

This article is over 9 years, 8 months old
The police have got a new gadget that lets them take all the personal data from your mobile phone if they arrest you.
Downloading PDF. Please wait...
Tuesday 22 May 2012

The police have got a new gadget that lets them take all the personal data from your mobile phone if they arrest you.

And they plan to keep hold of it all—even if you aren’t charged.

The system, named ACESO, offers “rapid data extraction” from phones, taking just minutes instead of the weeks or months it currently takes.

“This enables officers to act on information contained within a device whilst a suspect is still in custody,” says Radio Tactics, the firm that produces it.

ACESO can go through your phone call records, your contacts, photographs, videos, text messages, email and Facebook and Twitter data.

They will even be able to look at past GPS location data to track where you’ve been. And thanks to the help of the mobile phone firms, they can get it all even if the phone is locked.

It seems the reason the police are so keen is that they think they could have caught more rioters last year if they’d been able to take all their phone data.

In a situation like a riot it raises the prospect that the cops would go through the contacts book of anyone arrested—and raid everyone they found in it.

The Metropolitan police have bought the devices for 16 London boroughs to begin with—and there are plans to roll them out across Britain.

These small touchscreen-operated terminals are reportedly so simple that even a cop can use them. Some 300 are being trained to do it.

The firm also makes a portable “field” version of the device—which could be used in stop and searches.

Still, even such advanced phone-copying technology has its limits.

Rebekah Brooks’ phone data from last year was saved as part of the phone hacking case. But somehow a crucial message from her pal David Cameron went missing, coming up blank. 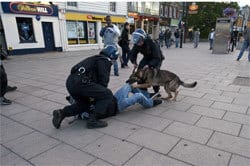 Riot report lets the police off the hook 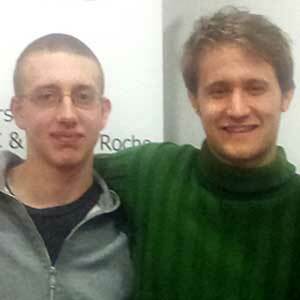