Police apologised in 2003 for questioning a man accused of repeatedly raping a 13 year old girl, a court has heard. Sageer Hussain is one of eight men on trial for child sexual exploitation offences at Sheffield Crown Court.

The court heard that Hussain wasn’t charged and the girl withdrew her complaint.

The woman is the main complainant in a case involving eight men at Sheffield Crown Court. The men deny 19 allegations relating to three complainants. The alleged offences took place in the Rotherham area between 1999 and 2003.

The main complainant told police in 2003, when she was 13, that she had been repeatedly raped by defendant Sageer Hussain. She withdrew the allegations around a week later.

The woman told the court, “I withdrew it because they wouldn’t give me any protection and told me they had already lost my clothes, there was no DNA, it was my word against his. That is why I withdrew.”

Under questioning she denied that she only knew Hussain because of later media reports. She also denied she was motivated by a desire to make money. “This is not about money,” she told the court. “It is about justice.”

The court also heard that defendant Basharat Hussain sexually abused her when she was 14. She denied making up the abuse to “embellish” her story.

Defendant Masoued Malik told police in October 2003 that he had had sex with the then 14 year old girl around a year earlier. He claimed he had not known her age and was never charged with any offence.

The complainant had told police in October 2003 that Malik and co-defendant Naeem Rafiq held her in a flat against her will where she was abused by five men.

Mrs Sweet, representing Malik, suggested the woman had consented to sexual activity to “keep the party going”. The woman replied, “I was a child and they were adults. I didn’t ‘go along with it to keep the party going’, I couldn’t get out of the bedroom.

She said the abuse had “destroyed” her life. “It took away a part of me I will never get back,” she told the court. “That’s why I have never gone away.”

A second complainant began giving evidence on Friday of last week. The court heard that defendant Ishtiaq Khaliq indecently assaulted her between 1999 and 2000 when she was aged 13 or 14. 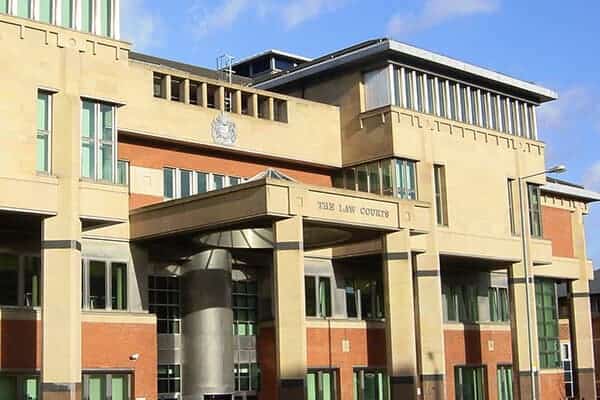