An Iranian refugee who was murdered by his neighbour in Bristol was “failed over a number of years”. That’s the damning finding of a report by the Independent Police Complaints Commission (IPCC), the cop’s own pet watchdog.

Lee James beat to death Bijan Ebrahimi on 14 July 2013 and then set fire to his body outside his home. The report notes that this horrific murder came on top of a “pattern of verbal and physical abuse on the part of some of his neighbours”.

The Ebrahimi family said, “The IPCC report speaks to the institutional racism that lies at the heart of Bijan’s murder and immolation. Had the authorities not colluded in the race hate crime that Bijan suffered in his council flat over all those years, he would be alive today.”

Bijan’s sister Mojgan Khayatian spoke to the Guardian newspaper about the way the police and the council treated her brother.

“We knew their action was pure racism,” she said. “And that encouraged us to fight.”

Ebrahimi called the police 85 times between 2007 and 2013, not including the weekend of his death, but only eight were recorded as crimes. He raised the “hate element” as an issue in 31 of those calls, with issues ranging from a threat with a knife to being punched and spat at.

Bijan’s claims were “poorly” investigated. The report notes that “one log was wrongly endorsed ‘Informant is a serial complainer about his neighbours and investigations always reveal informant to be the aggressor’.”

Jan Williams, the IPCC Commissioner, said in the report, “His complaints about abusive neighbours were disbelieved and he was considered to be a liar, a nuisance and an attention-seeker.

“Some of the evidence has the hallmarks of what could be construed as racial bias, conscious or unconscious.”

This specifically mattered leading up to Bijan’s death. “The constabulary’s failure to challenge unfounded rumours that Ebrahimi was a paedophile was to form the backdrop to the fatal events,” the IPCC said.

While Bijan was dismissed, this “neighbour’s counter allegations were believed at face value”. The report details one incident on 17 June 2012 which highlights the sort of police failings in the run-up to the murder.

Bijan reported that, “His neighbour [blank] from [blank] had threatened him and was outside his door”. The neighbour “and his girlfriend were also throwing Mr Ebrahimi’s flowers around after damaging them”.

The police log also notes that the neighbour “had also called him ‘foreign’”.

After a police officer visited the scene the log was annotated to note, “No offences … this was an argument over plants. NPT [neighbourhood policing team] to be advised they are aware of ongoing issues.”

The IPCC argued, “This ought to have caused further investigation into the crime and led to the identification of Mr Ebrahimi as a repeat victim of crime.”

The call taker also “failed to record details of the threats made to Mr Ebrahimi”.

Then police made several breaches of their own Hate Crime Policy after taking Ebrahimi’s call. As the report notes, “Despite the incident being correctly identified as a hate crime, the police failed to apply the Hate Crime Policy.”

The police “failed to inform the duty sergeant and inspector and no supervisor assumed responsibility for directing the initial actions to be taken”. Officers then closed the log in “another contravention of the Hate Crime Policy”.

PC Kevin Duffy and PCSO Andrew Passmore were jailed for misconduct in a public office at Bristol Crown Court last December. Duffy said, “I have been made a scapegoat for organisational failings within Avon and Somerset Constabulary.”

These sorts of failings are responsible for allowing Bijan’s death. 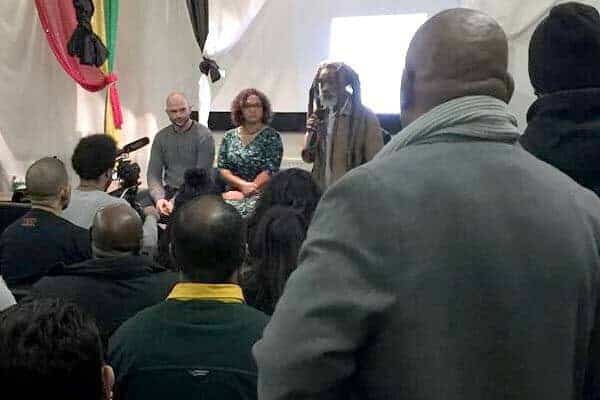